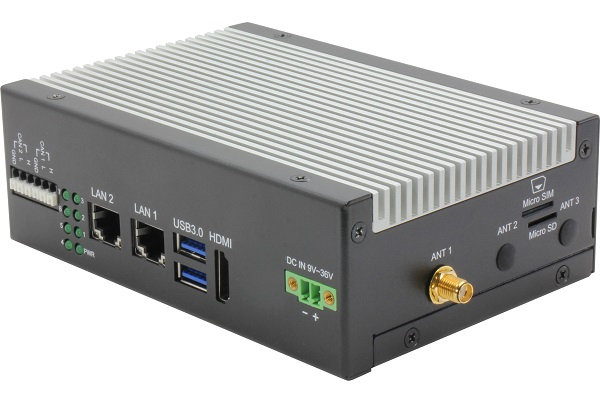 It is powered by Arm NXP i.MX8M Plus quad-core Cortex-A53 and Cortex-M7 processors with 8 GiB of onboard DDR4, the device reduces object detection time to 13 msec via a Neural Processing Unit (NPU). It also achieves real-time multi-camera classification and speech command recognition with its two-channel Image Signal Processor and Machine Learning Accelerator. This architecture is suited for smart-city applications such as traffic management, where high-speed object detection and image processing are required.

The gateway supports two CAN-FD, two 1-Gbit/s Ethernet, two USB 3.0 ports, and an HDMI 2.0a display slot. Its USB and LAN ports support cameras and sensors. At the same time, the CAN-FD slots enable users to transmit and receive sensor data, with its HDMI connection offering an avenue for visual analysis output.

Considering the requirements of environments in which smart city and Industry 4.0 applications, the gateway operates to be flexible, durable, and reliable. An operating temperature range of -20 °C to +70 °C and a fan-less mechanism allow continued operation in harsh environments. The power input range of 9 VDC to 36 VDC delivers protection against fluctuating power supply sources. The Linux Debian operating system is pre-installed on the device. 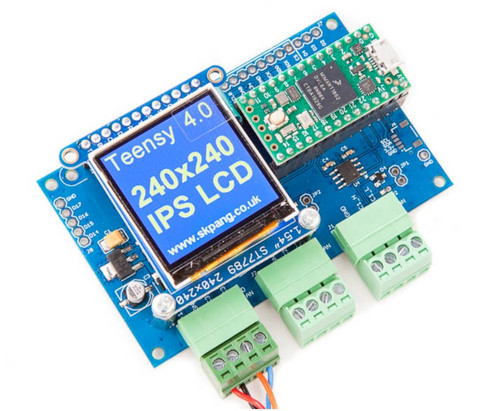 The Teensy 4.0 Triple CAN Bus Board with 240x240 IPS LCD And MicroSD is a Teensy 4.0 board with triple CAN Bus connections, two Classical CAN 2.0B, and one CAN FD. It can be powered by an external +12 VDC power supply with reverse voltage protection. Also included is a 240x240 wide-angle IPS TFT LCD display with microSD holder.

The Teensy 4.0 is an Arduino-compatible board with an Arm Cortex-M7 microcontroller running at 600 MHz. The board is compatible with the Arduino IDE and the Arduino library. In most cases, code written for another Arduino board works with a minimum of changes on a Teensy. As the name implies, the board is tiny. For example, the current form factor is only about 18 by 36 millimeters. However, do not let the size mislead you; these boards pack a ton of functionality. For example, the new Teensy 4.0 features a megabyte of RAM, two megabytes of Flash, a bevy of I/O options, cryptographic support, a hardware floating-point processor (FPU), and a built-in real-time clock (RTC).

Axiomatic Technologies announced the release of their AX141810, a Modbus router with CAN Bus and Ethernet connectivity. It is available in two variants. The protocol converter is user-configurable via a web browser, featuring data exchange between a CAN Bus network, specifically SAE J1939, EIA-485, and Ethernet.The unit integrates one isolated extended frame format CAN Bus interface, [...]

The PCAN-Router Pro FD by PEAK-System is a six-channel CAN FD router and data logger, which is now offered with an RJ-45 Ethernet interface as an option. The programmable router comes with custom firmware which is loaded using the CAN Bus network. In addition, the provided development package includes multiple C/C++ programming samples for employing the capabilities [...]

CAN Bus to Internet-of-Things (IoT) Projects with the ESP32

The integration of Wi-Fi, Bluetooth, and Bluetooth LE allows a wide range of applications with our modules. Using Wi-Fi secures connectivity within a large radius while using Bluetooth enables the user to efficiently detect (with low-energy beacons) a module and connect it to a smartphone. With in-built antenna switches, RF balun, power amplifier, low-noise receive [...]

Microsys Electronics announced its Miriac MPX‑LX2160A, a System-On-Module (SOM) dedicated to commercial vehicles and mobile systems. The module supports two CAN FD interfaces.The module is based on the NXP LX2160A processor and offers 16 Arm Cortex-A72 cores, which are twice as many as its predecessors. The configuration meets the requirements of (artificial intelligence) edge server applications, autonomous [...]

New Series Of Industrial PLCs Based On The ESP32 Module

CAN FD To Ethernet Gateway With Linux Operating System

The PCAN-Gateway series from PEAK System supports the transmission of CAN Bus data frames over IP networks. The PCAN-Ethernet Gateway FD DR supports CAN FD in addition to the Classical CAN Bus Standard. Both CAN Bus interfaces are CAN FD compliant with data bit-rates of up to 10 Mbit/s. An AM5716 Sitara processor provides the required performance for [...]

Classical CAN, CAN FD To Ethernet Gateway And Bridge For IoT Connectivity

HMS Networks has extended the functionality of its Ixxat CAN@net NT and CANbridge NT series. Users can now add event-controlled network actions and bi-directional MQTT-messaging to cloud applications.Both product families enable CAN-based networking on-site and remotely. The CANbridge NT allows the coupling of up to four Classical CAN and CAN FD networks using filter and translation rules. Network [...]