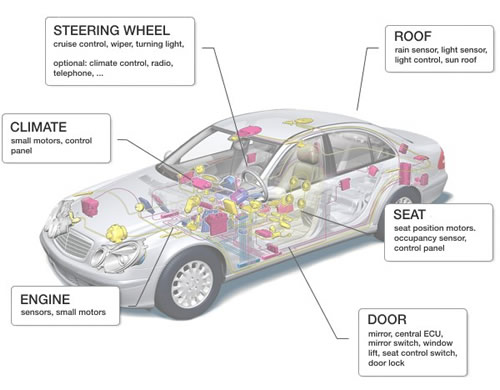 LIN (Local Interconnect Network) is a serial network protocol used for communication between components in vehicles. The demand for a second serial network emerged as the technologies and the facilities implemented in modern cars grew, while the CAN Bus was too expensive to implement for every component in the car. European car manufacturers started using various serial communication topologies, which led to compatibility obstacles.

In the late 1990s, the LIN Consortium was established by five automakers (BMW, Volkswagen Group, Audi Group, Volvo Cars, Mercedes-Benz), with the technologies provided (networking and hardware expertise) from Volcano Automotive Group and Motorola. The first fully implemented version of the new LIN specification (LIN version 1.3) was published in November 2002. In September 2003, version 2.0 was introduced to expand capabilities and make provisions for additional diagnostics features.