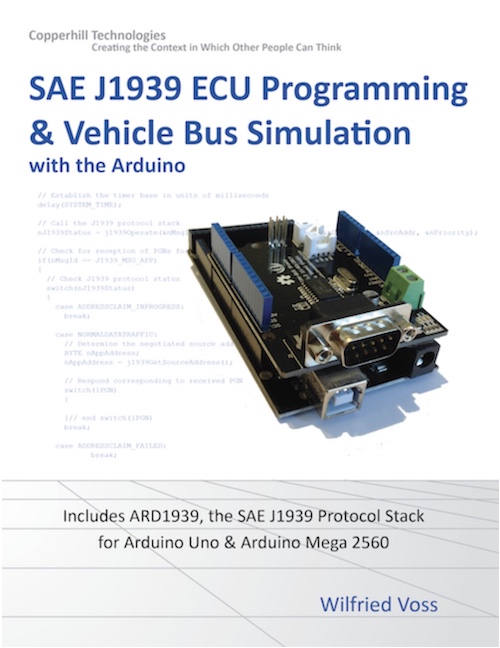 Arduino Based CAN Bus, LIN Bus Development And Prototyping Boards For Automotive And Industrial Applications

Teensy is a line of Arduino-compatible boards designed to offer maximum I/O capabilities, backed up by a slew of fully featured software libraries designed to run on Arduino. The Teensy is a complete USB-based microcontroller development system in a minimal footprint, and it is capable of implementing many types of projects. All programming is done [...]

Arduino Breakout Board Connects Classic CAN Bus and CAN FD Networks

Many users involved with CAN Bus programming (and exploring the extended capabilities of CAN FD) may not be aware that Classic CAN Bus and CAN FD are excluding each other due to compatibility issues. For more detailed information, see our post CAN FD On A Legacy CAN Bus Network Is Not A Good Idea Due To [...]

Teensy-Based CAN FD Demo Board With 2.8" TFT LCD

The Teensy is a breadboard-friendly development board that comes with loads of features in a very small package. Each Teensy 3.1 or 3.2 comes pre-flashed with a boot-loader so it can be programmed using the on-board USB connection, i.e. there is no external programmer required. You can program for the Teensy in your favorite program editor using C or you can [...]