High noise levels on a CAN bus network have the potential to destroy CAN bus transceivers. This noise originates mainly from two sources, ground loops and electrical line surges.

Protecting a network against this destructive energy requires the galvanic isolation of the CAN bus system from other local node circuitry.

The CAN Bus specification ISO11898 calls for the use of twisted cable, shielded or unshielded, with a characteristic cable impedance of Z0 = 120 Ohm nominal. Thus, an industrial cable, e.g., an RS485 cable, is satisfactory for CAN Bus applications.

Every CAN bus must be terminated with resistors of RT = 120 Ohm at each end of the network to assure minimum reflections. Stubs, basically representing unterminated line branches, should be maintained as short as possible, but must not exceed 0.3 meters (~ 1 foot) in length.

Note: A CAN bus structure is not limited in terms of network architecture, thus not every network structure may turn out as straight-forward as demonstrated in the above image. Consequently, the determination of "network end" may be difficult and may require some experimenting.

Ground loops happen when bus node circuits at distant locations use their local ground as a reference potential. In this case, signal return currents cannot flow back to the ground potential of the sourcing driver on a direct path. Instead, they are forced to return via the complex ground network of the electrical installation and, thus, become receptive to directly coupled, high switching currents.

Electrical surges are habitually the result of inductive­-coupled currents into the network cable. In particular, long cable runs are highly susceptible to these surges as the cable might pass electrical equipment switching large currents or might run close to high­-current carrying conductors.

Other surges include electrostatic discharges (ESD) caused by individuals during installation and maintenance work, or by direct or indirect lightning strikes. 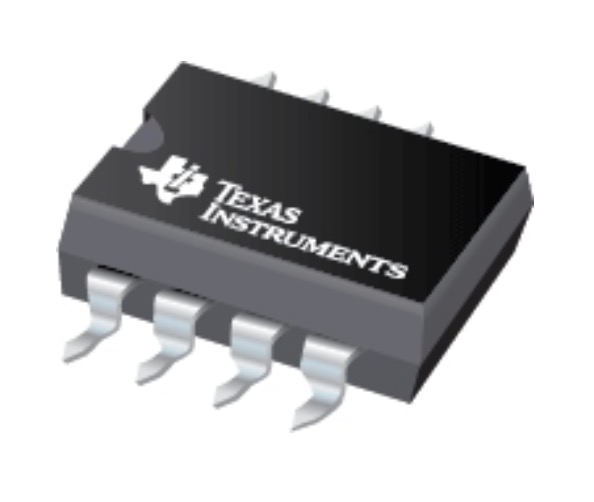 The ISO1050 by Texas Instruments (as utilized in our PiCAN2 Duo Isolated CAN-Bus Board for Raspberry Pi) is a galvanically isolated CAN Bus transceiver that matches the specifications of the ISO11898-2 standard. The device comes with logic input and output buffers separated by a silicon oxide (SiO2) insulation barrier providing galvanic isolation of up to 5000 VRMS for ISO1050DW and 2500 VRMS for ISO1050DUB. In combination with isolated power supplies, the device prevents noise currents on a CAN Bus or other circuits from entering the local ground and interfering with or destroying sensitive circuitry.

As a CAN Bus transceiver, the device implements differential transmit capability into the bus and differential receive capability to a CAN Bus controller at signaling rates up to 1 megabit per second (Mbps). The device operates in especially harsh environments, and it features cross-wire, overvoltage, and loss of ground protection from –27 V to 40 V and over-temperature shutdown, as well as –12-V to 12-V common-mode range.

The ISO1050 is suitable for operation within an ambient temperature range of –55°C to 105°C.

Isolated CAN FD Breakout Board 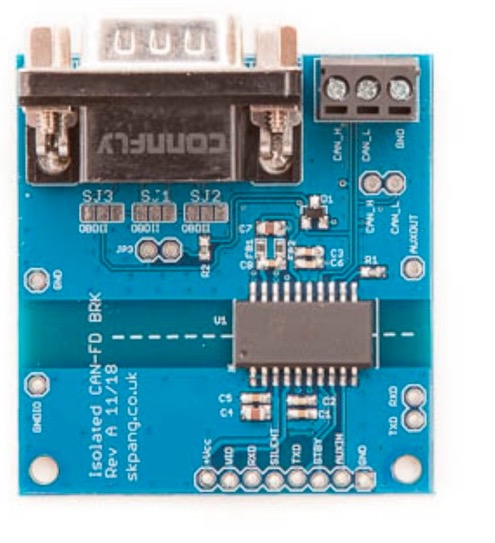 This is an isolated CAN Bus breakout board with Flexible Data Rate using the Analog Devices ADM3055E IC with a data rate of up to 12 Mbps. The output pins are on both screw terminals and a DB9 connector.

The DB9 connector an be configured for use with an OBDII cable, SAE J1939 cable, or CAN Analyser pin-out via solder bridges.