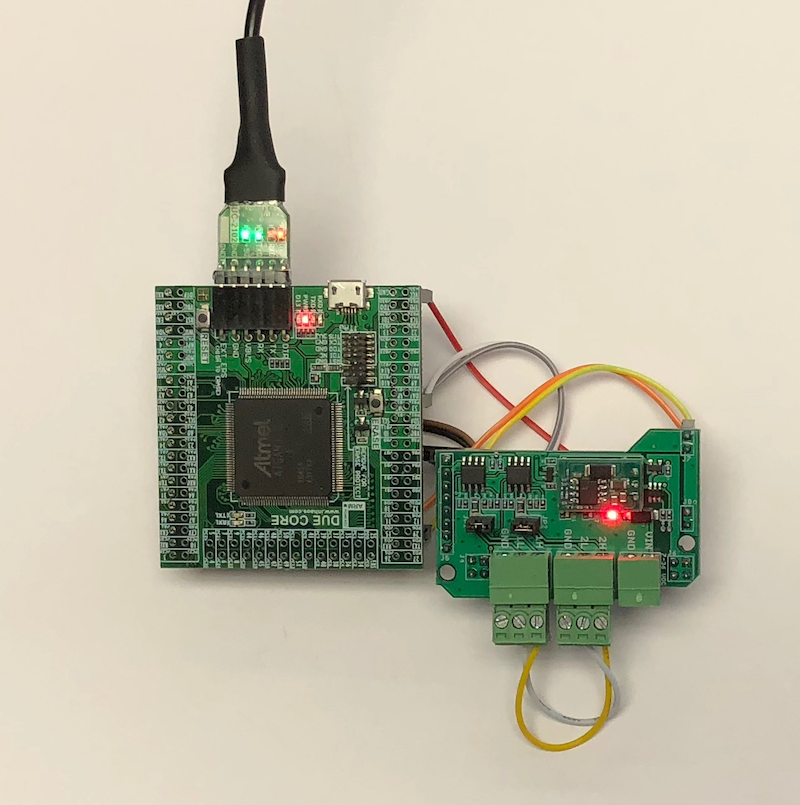 As part of our business strategy of providing prototyping solutions for the CAN Bus (including SAE J1939, ISOBUS, NMEA 2000) we have decided to focus more on the Arduino platform, specifically the Arduino Due. The Due, while providing the power of an ARM Cortex M3 processor, comes with two CAN Bus ports per default, however, lacking the necessary CAN Bus transceivers.

For that reason, we had introduced our jCOM.CAN.DUE board, a Dual CAN Bus Interface For Arduino Due With Extended Power Range. In order to more efficiently serve automotive and industrial applications, the jCOM.CAN.DUE-X board supports an extended input power range of 7 to 36 VDC to power the entire system, i.e. including the Arduino Due itself.

As part of a new project, we will offer an integrated Arduino-Due-based board with Dual CAN Bus interface. In this case, we will abandon the standard Arduino system of stacking additional boards (shields) to extend functionality. While this system provides maximum flexibility, it grows cumbersome and bulky very quickly, not to mention the costs that will add up easily to those of industrial-strength embedded systems.

For that purpose, we are in the process of creating a baseboard to accommodate our DUE CORE, an Arduino Compatible SAM3X8E 32bit ARM Cortex M3 Module, plus the jCOM.CAN.DUE board. The above image represents the first and successful test of the configuration.

However, this is only a first, basic version.

An upgraded baseboard will add:

The development will take a few months from the time of this writing. In the meantime, if you are interested in adding a dual CAN Bus interface to the Arduino Due, have a look at the following options:

See below the first draft of the basic board version, which we have tagged as jCOM.DUE.CORE-B: 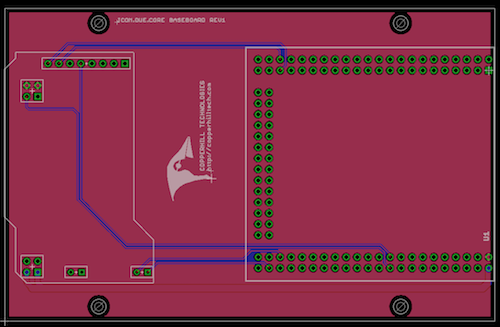 The left side of the board will accommodate our jCOM.CAN.DUE, and the Arduino Due Core module will be located on the right.

We will create three prototype boards for testing which should be available in another two to three weeks. Since we don't expect any problems, due to the simplicity of the design, we will start production quickly thereafter.

Written by Arduino expert Jeremy Blum, this unique book uses the popular Arduino microcontroller platform as an instrument to teach you about topics in electrical engineering, programming, and human-computer interaction. Whether you are a budding hobbyist or an engineer, you will benefit from the perfectly paced lessons that walk you through useful, artistic, and educational exercises that gradually get more advanced.

In addition to specific projects, the book shares best practices in programming and design that you can apply to your projects. Code snippets and schematics will serve as a useful reference for future projects even after you have mastered all the topics in the book.