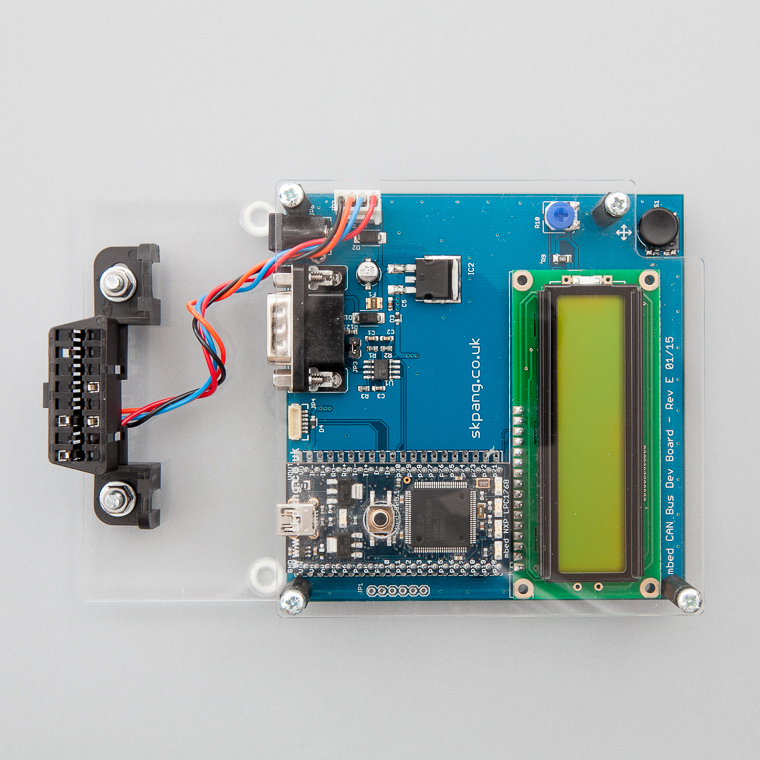 The mbed NXP LPC1768 is an easy-to-use MCU development board designed for rapid prototyping. At its heart is a powerful 32-bit ARM Cortex-M3 processor running at 96 MHz with 512 KB flash and 32 KB RAM, which makes it far more capable than popular 8-bit prototyping alternatives.

A comprehensive firmware library and plenty of sample code help you get your program up and running quickly, and a free online IDE and C++ compiler means that no software installation is required. 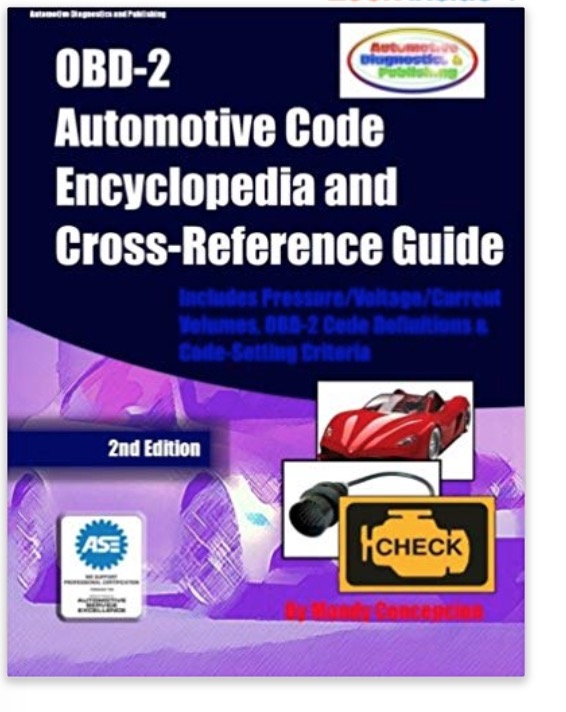 Here, you'll also have access to a series of useful cross-reference automotive sensor values, such as MAP, TPS, FRP or fuel-rail-pressure sensor, etc, which makes for a useful tool during repairs. All codes seen in this guide were backward engineered from the development of our Scan-1 OBD-II Scanner and Diagnostic System.

Due to our extensive development with automotive ECMs and the Scan-1 we were able to compile the most complete OBD-2 code list in the industry. Due to the nature of the development of the Scan-1 the definitions here may differ somewhat from other publications. In one word, the Scan-1 being a completescanner and diagnostic tool generated a large amount of information, which we’re now able to bring to you in a cost effective way.

In this publication, you’ll also have access to all the Generic OBD 2 code definitions, as well as the code setting criteria. Keep in mind that although the OBD-2 code definition is the same for all manufacturers; this isn’t so for the code setting criteria. An effort has been made to keep the data as simple and straightforward as possible. In certain cases, the manufacturer has specified multiple instances of the same code. When presented with this situation, simply study the multiple instances and apply them to the vehicle at hand.

This post is a follow-up on my article LPC1768/1769 - ARM Cortex M3 Development - MCUXpresso IDE Installation And Adding A Template Project, in which we installed the MCUXpresso integrated development environment (IDE) and created a working but non-functional project for the LPC1768/LPC7169 processor.  You can start the compilation (click on "Build 'LPC1769Template' [Debug]"), and there will [...]

After getting your LPC1768 or LPC1769 Cortex-M3 Development Board, it is time to getting started with MCUXpresso IDE. In this Step by Step tutorial we will go through the process of creating projects in MCUXpresso IDE for Cortex-M series Microcontrollers by NXP(Founded by Philips) based on CMSIS (Cortex Microcontroller Software Interface Standard). MCUXpresso is a derivative [...]

There are two worlds when it comes to the programming of embedded applications, one for hobbyists and engineers involved in rapid prototyping and one for "professional" programmers. The first one is represented by hardware platforms such as the Arduino, Raspberry Pi, BeagleBone, and others. The second is dominated by non-standard and thus expensive hardware systems [...]

This post is part of a series on CAN Bus and SAE J1939 Prototyping with the ARM Cortex M3 processor.  Fast and Effective Embedded Systems Design: Applying the ARM mbedFast and Effective Embedded Systems Design is a fast-moving introduction to embedded system design, applying the innovative ARM mbed and its web-based development environment. Each chapter introduces [...]

This post is part of a series on CAN Bus and SAE J1939 Prototyping with the ARM Cortex M3 processor.I will take a risk by repeating myself over and over again by saying that the mbed LPC1768, as well as the Arduino Due, is utterly useless in its bare form. In order to accomplish any [...]

This post is part of a series on CAN Bus and SAE J1939 Prototyping with the ARM Cortex M3 processor.  The ARM Cortex-M is a group of 32-bit RISC ARM processor cores licensed by ARM Holdings. The cores are intended for microcontroller use, and consist of the Cortex-M0, M0+, M1, M3, M4, and M7. The  ARM Cortex-M3 processor is very [...]

The ARM Cortex-M is a group of 32-bit RISC ARM processor cores licensed by ARM Holdings. The cores are intended for microcontroller use, and consist of the Cortex-M0, M0+, M1, M3, M4, and M7. The ARM Cortex-M3 processor is very well suited for highly deterministic real-time applications, even for low-cost platforms, such as automotive body systems, industrial control systems, wireless [...]