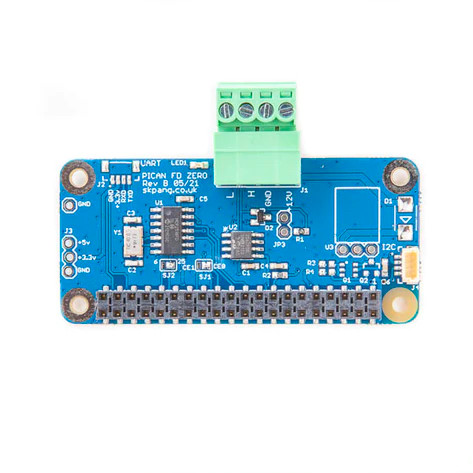 The PiCAN FD Zero HAT provides CAN Bus FD capability for the Raspberry Pi Zero. The Raspberry Pi Pico is a tiny, fast, and adaptable board built using the RP2040, a dual-core Arm Cortex-M0+ processor with 264KB internal RAM and support for up to 16MB of off-chip Flash.

The PiCAN FD Zero HAT uses the Microchip MCP2518FD CAN controller with MCP2562FD CAN transceiver. Connection is made via a 4way plug-in terminal block. CAN_H, CAN_L signals, and +12 VDC supply for the board and the Pi Zero.

The improved CAN FD extends the length of the CAN Bus message frame to up to 64 bytes per frame and a data rate of up to 8 Mbps.

Pi Zero, sensor board, and cable are not included.

We also offer the board with a 1A Switch Mode Power Supply (SMPS) 6 VDC to 20 VDC input range to power the PICAN and RPi board: 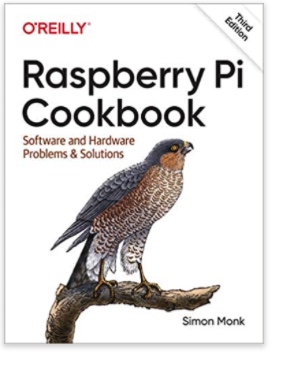