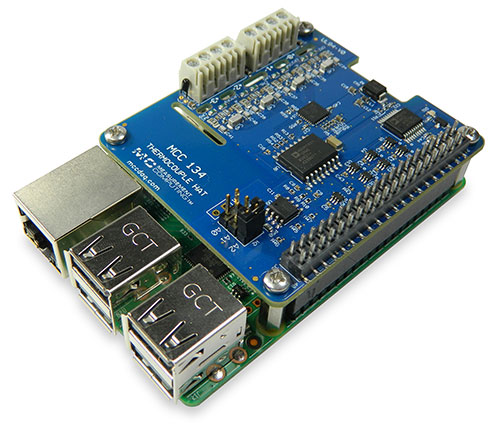 The device comes with four thermocouples (TC) inputs capable of measuring popular TC types, such as J, K, R, S, T, N, E, and B. Each channel type is selectable on a per-channel basis.

It is possible to stack up to eight MCC HATs onto one Raspberry Pi CPU board. That also includes the use of the MCC 118, an eight-channel voltage measurement HAT and the MCC 152 voltage output and digital I/O HAT, allowing users to configure multifunctionality, as well as Pi-based solutions with analog input, output, and digital I/O. The increasing foundation of Raspberry Pi users and applications makes single-board-computers (SBC) more acceptable for professional DAQ applications.

The open-source MCC DAQ HAT Library of commands in C/C++ and Python allows users the professional development of Linux-based application. The library is available per download from the GitHub website. A complete API and hardware documentation are also available. 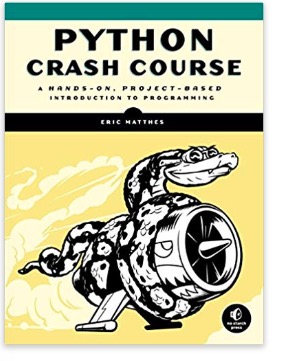 Python Crash Course is a fast-paced, meticulous introduction to the Python programming language that enables you to write programs, solve problems, and create projects that work in no time.

In the first half of the book, you learn about elementary programming concepts, such as lists, dictionaries, classes, and loops, and apply writing clear and readable code with exercises for each topic.

You also learn how to make your programs interactive and how to test your code safely before adding it to a project.

In the second half of the book, you put your new knowledge into practice with three real projects: a Space Invaders–inspired arcade game, data visualizations with Python’s super-handy libraries, and a simple web app you can deploy online.

If you contemplated about digging into Python programming, Python Crash Course will get you up to speed and have you writing real programs fast.