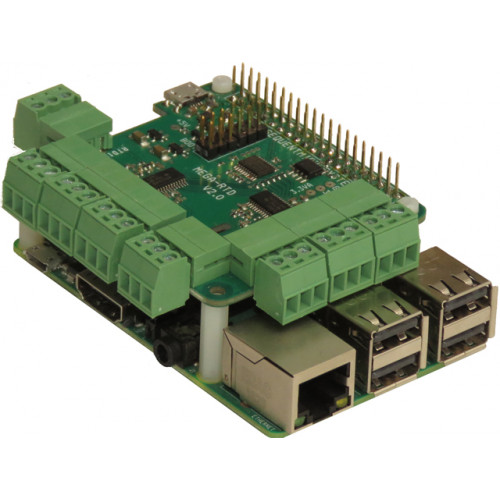 Sequent Microsystems introduced its Mega-RTD eight channel RTD data acquisition hat for the Raspberry Pi. The Mega-RTD HAT is a stackable expansion card for the Raspberry Pi. It offers a compact and inexpensive solution for reading and storing data from up to 64 RTD-100 thermocouples. The HAT represents an open-source design, including schematics. There are eight channels per HAT, with optional RTD100, -50-450℃ Sensors.

It is possible to stack up to eight MEGA-RTD cards on top of one Raspberry Pi, resulting in up to 64 channels. Each MEGA-RTD card comes with a 32-bit STM32F030 processor running at a clock speed of 48 MHz. The RTD inputs are processed using two ADS1258, 24-bit Delta-Sigma converters and can achieve up to 0.01 °C accuracy. 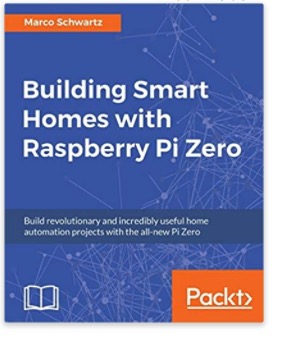 With this book, you can create and program home automation projects using the Raspberry Pi Zero board. The book will teach you how to build a thermostat that will automatically regulate the temperature in your home. Another important topic in home automation is controlling electrical appliances, and you will learn how to control LED Lights, lamps, and other electrical applications.

Moving on, we will build a smart energy meter that can measure the power of the appliance, and you'll learn how to switch it on and off. You'll also see how to build a simple security system composed of alarms, a security camera, and motion detectors. In the end, you will integrate everything that you learned so far into a more complex project to automate the critical aspects of your home.

By the end, you will have deepened your knowledge of the Raspberry Pi Zero and will know how to build autonomous home automation projects.

Measurement Computing Corporation announced the release of their MCC 152 voltage output and digital I/O HAT for the Raspberry Pi. Many DAQ users are creating systems around the Raspberry Pi platform, and the growing base of Raspberry Pi users is making single-board-computers more common in professional DAQ applications. The MCC 152 features two 0-5 V analog outputs [...]