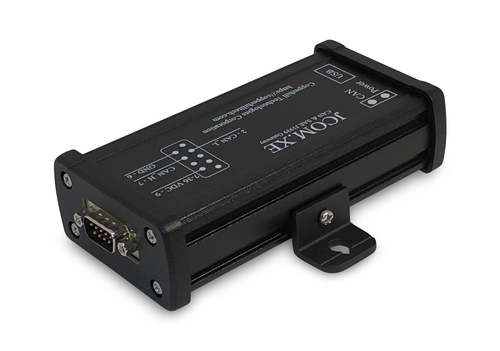 The SAE J1939 Gateway And Data Logger records SAE J1939 message frames (PGNs) onto an onboard MicroSD memory card and timestamps them with a real-time clock (RTC). Alternatively, it can be used for mere SAE J1939 data monitoring and viewing.

The data logger's most important requirement, besides a guaranteed ability to record data at maximum busload, is a satisfactory recording capacity that allows logging for weeks, if not months (in extreme cases).

Overall, the data logger's performance depends primarily on the SD card used. At first glance, one might think that this is a mere capacity topic, i.e. the larger the recording capacity the longer the recording time. Unfortunately, it's not quite as easy.

Our data logger uses an SD Micro Card, which comes in a wide range of storage capacities, but there are more requirements.

There are a few SAE J1939 network parameters that will affect the recording time of an SD memory card:

In regard to busload and message frequency, see also our post SAE J1939 Bandwidth, Busload And Message Frame Frequency.

With the above referenced message frequency, we have calculated the maximum required SD write speed to be 1 MB/sec. Standard SD cards have write speeds of 80 MB/sec and even faster.

It is obvious, the CAN Bus data frame (PGN) will require a certain record length in the data file. Add to this the timestamp plus optional GPS information, checksum, and other parameters supporting the "replay" of data traffic. We have optimized the record length per data set, however, without compromising the information we provide.

We have been through some calculations regarding the maximum recording time, and in one example (1GB SD card, 250 kbps baud rate, 70% busload), we reached a recording time of 5.3 hours, which was quite disappointing at first glance. However, this was under the aspect of 5+ hours at maximum busload.

There are scenarios, such as reverse engineering, where a few hours of recording time at maximum busload is sufficient. Another scenario, such as diagnostics, may require only a few PGNs (message filtering applied), which can increase the recording time significantly.

Especially in case of diagnostics with message filtering and message frequency adjustments, it is possible to reach recording times of several months.