PiCAN2 CAN Bus Board for Raspberry Pi - Functionality Test 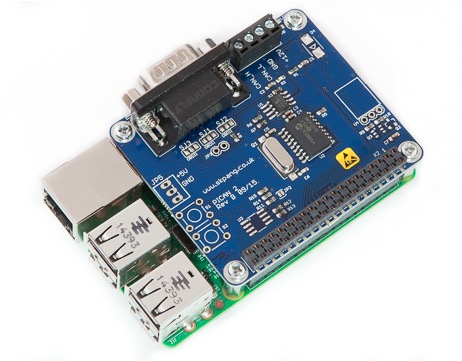 The PiCAN2 board provides Controller Area Network (CAN) Bus capabilities for the Raspberry Pi. It uses the Microchip MCP2515 CAN Bus controller with MCP2551 CAN Bus transceiver. Connections are made via a 4-way screw terminal or DSUB-9 connector. This board is also available with a 5VDC/1A SMPS (switch mode power supply) that can power both the Pi and the CAN Bus HAT. There is an easy-to-install SocketCAN driver, and programming can be accomplished in C or Python.

The following describes a fairly simple method of "dry-testing" the board, i.e. without the need of connecting to a real-world CAN Bus network. However, the single CAN Bus interface by itself makes testing a bit more challenging, because you don't have two CAN Bus nodes available, which would be sufficient to establish a network.

Note: It may sound obvious, but many users forget that you need a minimum of two nodes to establish a network, otherwise the CAN Bus controller will return error messages.

The solution comes in form of the MCP2515 CAN Bus controller's loopback mode. According to the Microchip MCP2515 data sheet, "Loopback mode will allow internal transmission of messages from the transmit buffers to the receive buffers without actually transmitting messages on the CAN bus. This mode can be used in system development and testing. In this mode, the ACK bit is ignored and the device will allow incoming messages from itself, just as if they were coming from another node. The Loopback mode is a silent mode, meaning no messages will be transmitted while in this state (including error flags or Acknowledge signals). The TXCAN pin will be in a recessive state."

In our case, we installed the demo programs in the /Documents/test-can_pi2 folder. Open a terminal window, switch to the folder where you have installed the programs, and initialize the CAN Bus port: 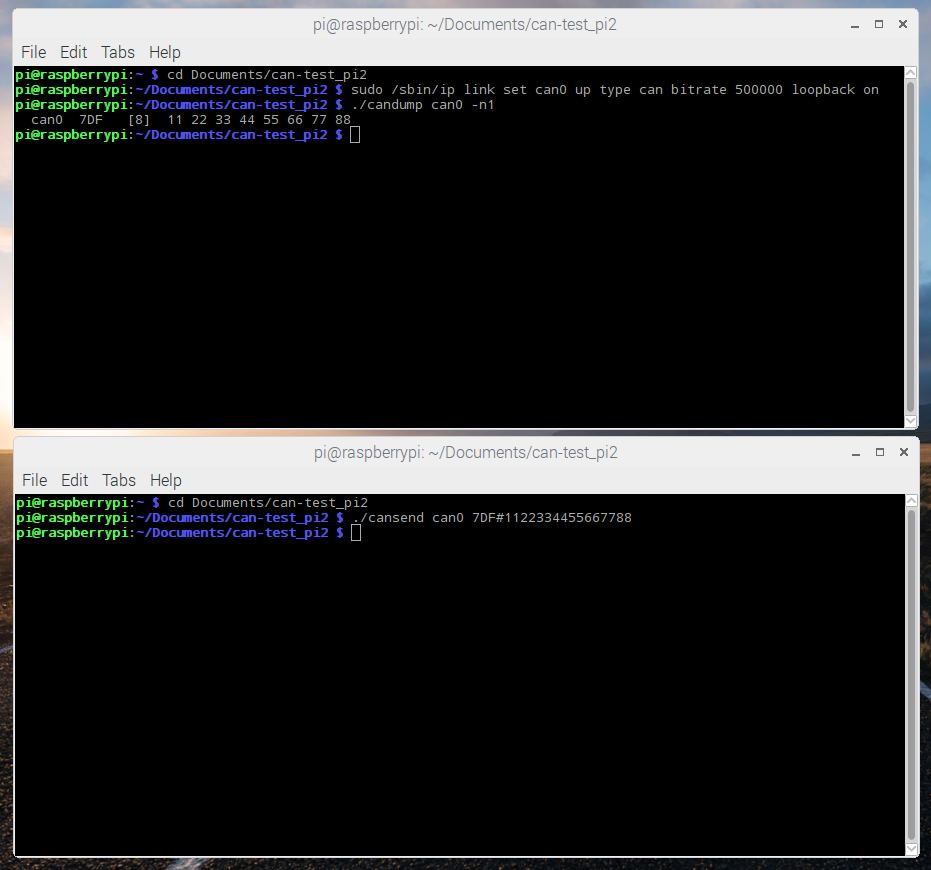 This line will print out the next CAN Bus data frame as soon as it was received. Now open a new terminal window, switch to the folder where you installed the sample programs, and here enter the following line:

This procedure sends a (randomly designed) CAN Bus data frame from port 0 to port 0 (per loopback). The result, i.e. the received data frame will be displayed in the other terminal window.

If, however, you still have problems getting the board to communicate with your external CAN node, have a look at  Troubleshooting your PiCAN2 CAN Interface Board for Raspberry PI. 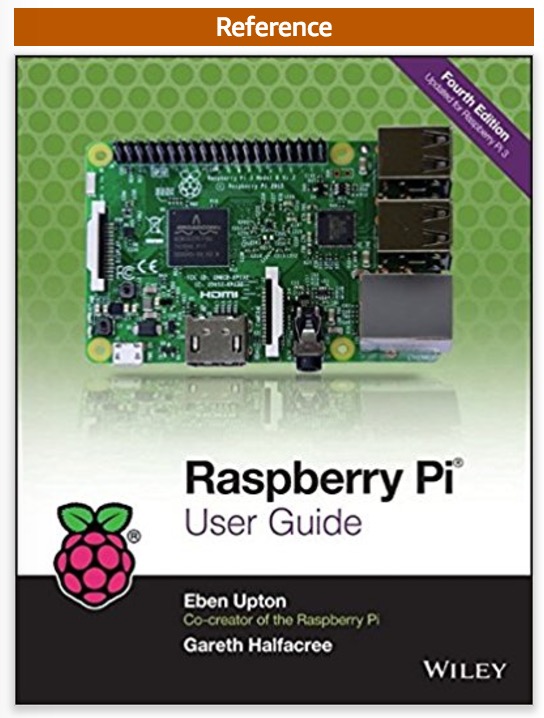 Raspberry Pi User Guide, 4th Edition is the "unofficial official" guide to everything Raspberry Pi 3. Written by the Pi's creator and a leading Pi guru, this book goes straight to the source to bring you the ultimate Raspberry Pi 3 manual. This new fourth edition has been updated to cover the Raspberry Pi 3 board and software, with detailed discussion on its wide array of configurations, languages, and applications. You'll learn how to take full advantage of the mighty Pi's full capabilities, and then expand those capabilities even more with add-on technologies. You'll write productivity and multimedia programs, and learn flexible programming languages that allow you to shape your Raspberry Pi into whatever you want it to be. If you're ready to jump right in, this book gets you started with clear, step-by-step instruction from software installation to system customization.

The Raspberry Pi's tremendous popularity has spawned an entire industry of add-ons, parts, hacks, ideas, and inventions. The movement is growing, and pushing the boundaries of possibility along with it—are you ready to be a part of it? This book is your ideal companion for claiming your piece of the Pi.

The credit-card sized Raspberry Pi has become a global phenomenon. Created by the Raspberry Pi Foundation to get kids interested in programming, this tiny computer kick-started a movement of tinkerers, thinkers, experimenters, and inventors. Where will your Raspberry Pi 3 take you? The Raspberry Pi User Guide, 3rd Edition is your ultimate roadmap to discovery.