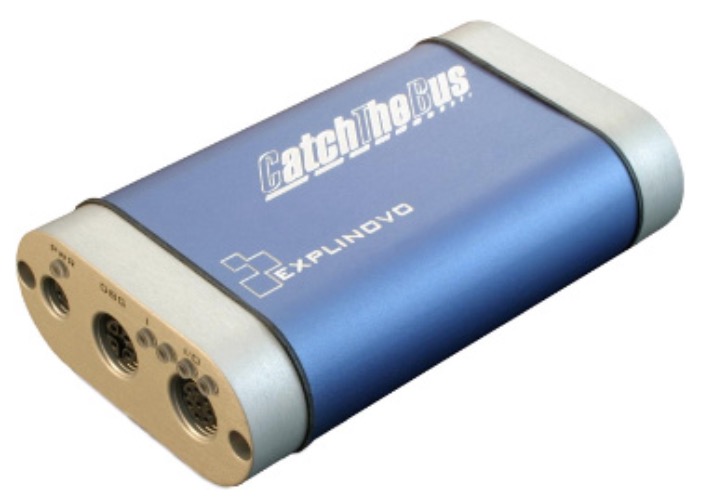 The CatchTheBus® device supports the CAN FD protocols (four of the five CAN interfaces). The programmable ECU by Expinovo also provides interfaces for Ethernet, Flexray, LIN (two ports), and EIA-232 (two ports). Additionally, the product features four digital outputs and two analog inputs. Source code examples combined with documented driver software saves up to 45 percent of the development time, stated the provider. The connection to the PC is done by means of Ethernet.

The programmable ECU can also be used for rest bus simulation and bus monitoring purposes. It features also two powerline communication channels. The temperature range is -40 °C to +85 °C. The device measures 108 mm x 62 mm x 28 mm. It is based on the 9S12XF512 micro-controller by NXP (formerly Freescale) and theX-gate co-processor. The product comprises a 512-KiB flash memory, a 32-KiB RAM and a 4-KiB EPROM. 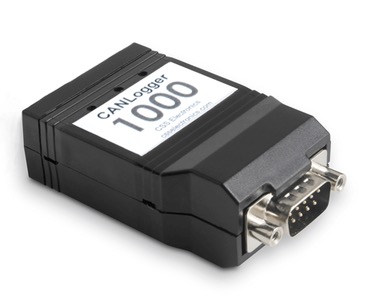 The CANLogger1000 offers simple and user-friendly logging of data from a CAN-Bus without the use of a computer. Data are stored on a standard SD-card in a simple format such that it can be directly loaded into an analysis tool for further post processing. The logged data can be transferred to a PC using a standard mini-USB cable and requires no special software.

For advanced users, the device offers a wide range of configuration possibilities, such as message filtering, down-sampling, automatic bit-rate detection, cyclic-logging, heartbeat signal and runtime logging control. Further, recently added features include the ability to transmit up to 20 custom CAN messages (for use in e.g. OBD-II logging) and a new serial interface letting the logger act as a CAN interface for streaming real-time data (incl. integration with Wireshark via CANvas).