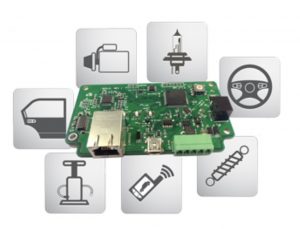 Copperhill Technologies was established as an electronics engineering and consulting business in 1993.

Our main focus is on the development, prototyping and sales of embedded systems for Automotive Ethernet, Controller Area Network (CAN), SAE J1939, and Local Interconnect Network (LIN), which includes popular systems such as the Arduino and Raspberry Pi but also our own embedded solutions based on the ARM Cortex-M3 microcontroller.

The skills of our hardware and software engineering team include rapid prototyping; we can deliver prototype solutions within shortest time and assist with the manufacturing process of the final product.

We deliver not only schematics, bill of material, placement files, Eagle/Gerber files but also the application source code including documentation. Please feel free to contact us for more information. 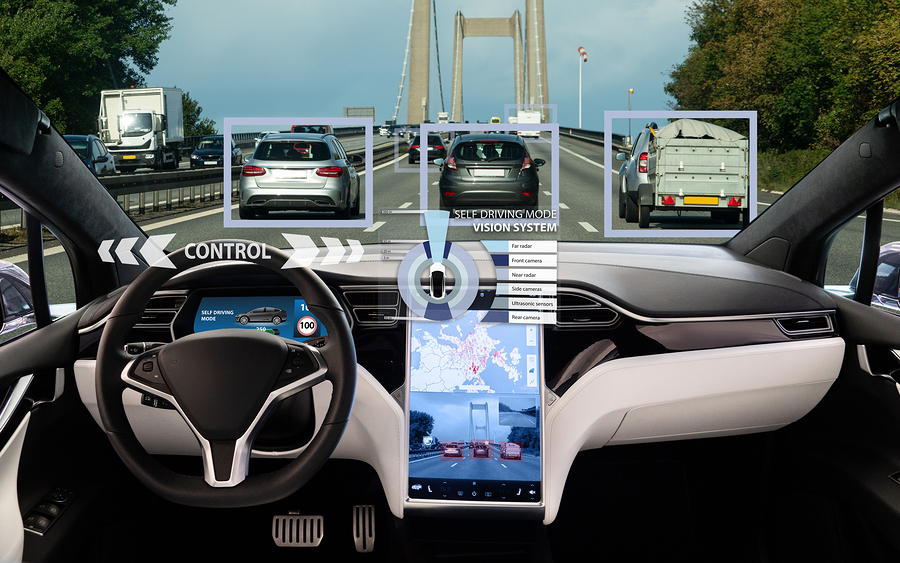 Autonomous vehicles (AVs) will require a host of connectivity features to function effectively, such as cameras, LiDAR, and traffic-sign recognition. These sensors, which enable vehicle-to-everything (V2X) connectivity, are vital to their success, and the demand for greater bandwidth is set to skyrocket. The demand for increased bandwidth cannot be fulfilled by the standard networking technologies such as Controller Area Network (CAN Bus) or Local Interconnect Network (LIN Bus).

Automotive Ethernet offers the most promising future potential, because is built for bandwidth, is available from a wealth of potential providers, and with switch networking, offers greater scalability. It is also a lightweight and cost-effective solution, using single unshielded twisted- pair (UTP) cabling. Broadcom, the company responsible for introducing the current automotive standard, BroadR-Reach, estimate they can reduce connectivity costs by 80% and cable weight by 30%.

LIN Bus, for instance, is so low-cost that it will not be replaced by any other technology soon, while CAN Bus is still unsurpassed when it comes to reliability and error recovery times.

That being said, we at Copperhill Technologies believe that there will be a continuing and growing demand for devices supporting the development and prototyping of automotive networking devices based on Controller Area Network, Local Interconnect Network, and, after all, for Automotive Ethernet. Consequently, we have adjusted our business strategy to focus on these technologies.

For further support of our view, see: 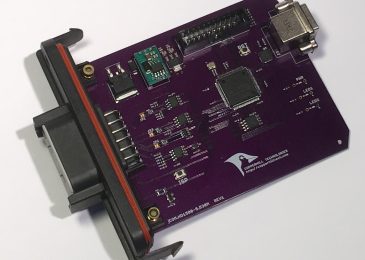 In the following, we will add posts of our development projects, explaining the design process of embedded systems for automotive networks.

This process includes the creation of an outlining, assembling prototypes using off-the-shelf components, software development, proof of concept, and, finally, the manufacturing phase.

To speed up the development process, the off-the-shelf components will come primarily from our own line of products for which we provide a plethora of application examples and programming samples.

Based on our market research, we will start with the following devices:

Yet again, please feel free to contact us for more information. 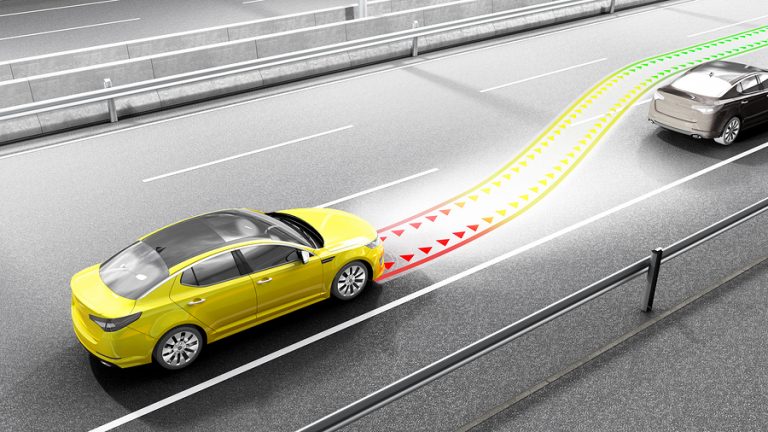 Automotive Ethernet is a physical network that is used to connect components within a car utilizing a wired network. It is intended to meet the needs of the automotive market, including meeting stringent electrical requirements (EMI/RFI emissions and susceptibility), bandwidth requirements, latency requirements, synchronization, and network management requirements.

Automotive wiring harnesses are heavy and expensive while automakers compete in a fiercely competitive market. They are challenged by the need to control costs, enhance performance, and improve fuel economy. Reducing component cost and complexity address the first challenge, while reducing weight helps with performance and fuel economy.

Automotive Ethernet provides a solution on both fronts. The wiring harness is the third most expensive component in many cars (after chassis) and can weigh more than a couple of hundred pounds.

However, regular Ethernet as we know it is not suitable for use in automotive applications, since it will fail in a harsh electrical environment. BroadR-Reach technology is an Ethernet physical layer standard designed for use in automotive connectivity applications. BroadR-Reach technology allows multiple in-vehicle systems to simultaneously access information over unshielded single twisted pair cable. Benefits for automotive manufacturers integrating the BroadR-Reach Ethernet standard include reduced connectivity costs and cabling weight, according to Broadcom Corporation, now Broadcom Limited, inventor of the BroadR-Reach standard. 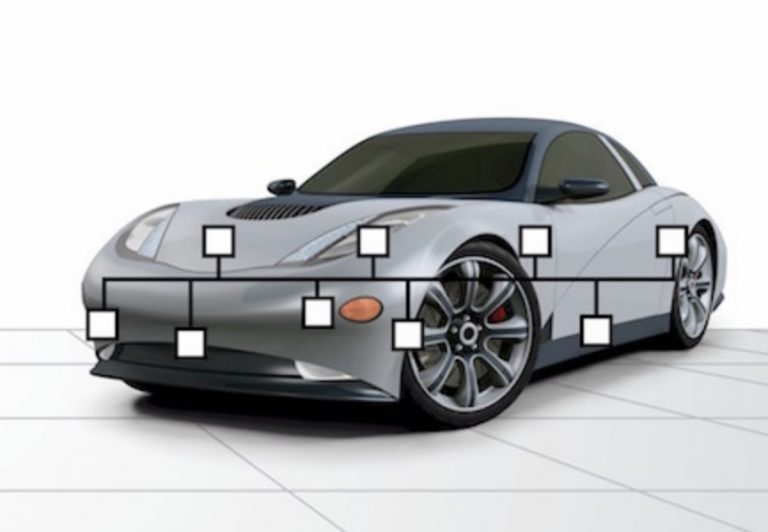 Controller Area Network (CAN) is a serial network technology that was initially designed for the automotive industry, especially for European cars, but it also became a popular bus in industrial automation as well as other applications. The CAN bus is primarily used in embedded systems, and as its name implies, is a network technology that provides fast communication among microcontrollers up to real-time requirements, eliminating the need for the much more expensive and complicated technology of a Dual-Ported RAM.

CAN is a two-wire, half-duplex, high-speed network system, that is far superior to traditional serial technologies such as RS232/485 in regards to functionality and reliability and yet CAN implementations are very cost-effective.

While, for instance, TCP/IP is designed for the transport of large data amounts, the CAN Bus technology comes with a focus on real-time requirements and with its 1 MBit/sec baud rate, it can easily beat a 100 MBit/sec TCP/IP connection when it comes to short reaction times, timely error detection, quick error recovery and error repair.

Similar requirements had to be considered by manufacturers of other equipment with very high safety or reliability requirements (e.g., robots, lifts, and transportation systems).

The most significant advantage of the Controller Area Network technology lies in the reduced amount of wiring combined with ingenious prevention of message collision (meaning no data will be lost during message transmission).

For more information on Controller Area Network (CAN), see: 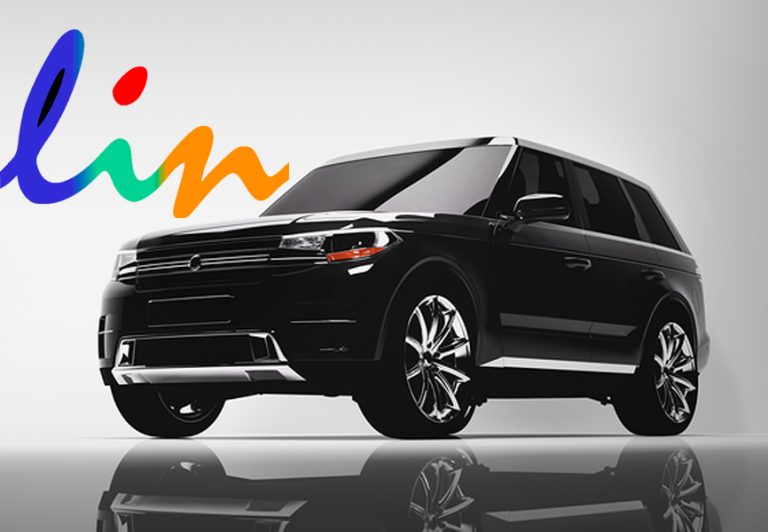 LIN (Local Interconnect Network) is a serial network protocol used for communication between components in vehicles. The demand for a second serial network emerged as the technologies and the facilities implemented in modern cars grew, while the CAN Bus was too expensive to implement for every component in the car.

The first fully implemented version of the new LIN specification (LIN version 1.3) was published in November 2002. In September 2003, version 2.0 was introduced to expand capabilities and make provisions for additional diagnostics features.

Modern automotive networks use a combination of LIN for low-cost applications primarily in body electronics, CAN for mainstream powertrain and body communications, and the emerging FlexRay bus for high-speed synchronized data communications in advanced systems such as active suspension.

The Society of Automotive Engineers (SAE) Truck and Bus Control and Communications Subcommittee has developed a family of standards regarding the design and use of devices that transmit electronic signals and control information among vehicle components. SAE J1939 and its companion documents have instantly become the accepted industry standard and the vehicle network of choice for off-highway machines in applications such as construction, material handling, mass transportation, forestry machines, agricultural machinery, maritime and military applications.

Note: It is fair to say that the SAE J1939 vehicle protocol is primarily used on diesel engines, which covers all previously mentioned applications.

SAE J1939 is a higher-layer protocol based on Controller Area Network (CAN). It provides serial data communications between microprocessor systems (also called Electronic Control Units – ECU) in any heavy-duty vehicles. The messages exchanged between these units can be data such as vehicle road speed, torque control message from the transmission to the engine, oil temperature, and many more.

Note: Even though being around for many years, the SAE J1939 protocol is still gaining popularity, especially given the increased use of fleet management systems, which, unavoidably, will need data from the vehicle network, for instance, to calculate maintenance cycles. Fleet management is also tightly associated with the Internet of Things (IoT), and transportation is considered one of the fastest-growing markets for IoT.

Even though extremely useful in automobiles and small, embedded applications, the CAN Bus alone is not suitable for projects that require a minimum of network management and messages with more than eight data bytes.

As a consequence, higher-layer protocols (additional software on top of the CAN physical layer) such as SAE J1939 for vehicles were designed to provide an improved networking technology that supports messages of unlimited length and allow network management, which includes the use of node IDs (CAN supports only message IDs where one node can manage multiple message IDs).