This Arduino project provided a bit of a challenge after I had forgotten my own advice.

Note: In order to test a CAN/J1939 application, you need at least two CAN/J1939 nodes to establish a network communication. The second node can be another Arduino with CAN shield or (if the budget allows) another CAN/J1939 device with CAN/J1939 data monitoring capabilities.

In other words, in order to receive J1939 messages, I needed a transmitter. However, the solution was simple: I used a second Arduino with CAN shield and ran the application as described in chapter SAE J1939 Simulation Example, in this case the advanced version.

In order to receive and transmit J1939 message frames in a more comprehensive way (rather than receiving mere CAN Bus messages that involve decoding the message ID), I added more J1939 functionality to the can.cpp module.

The new (or modified) function calls are:

The actual loop() function is fairly simple, since most of the code is used to display the received J1939 data frame. 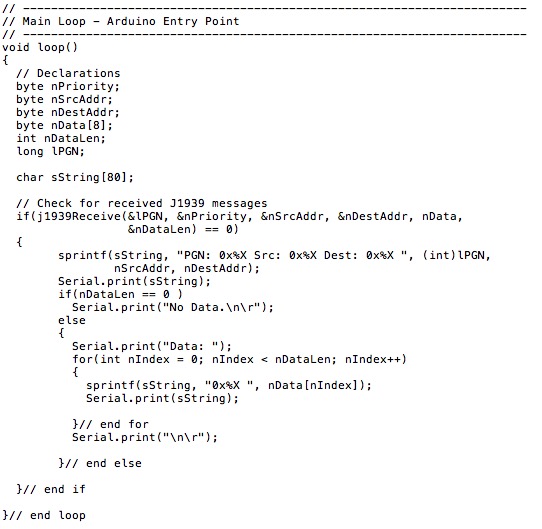 The data is being displayed on the Arduino’s Serial Monitor, and the result is as expected (for demonstration purposes, I have highlighted PGN 0xFEF3, which appears every five seconds). 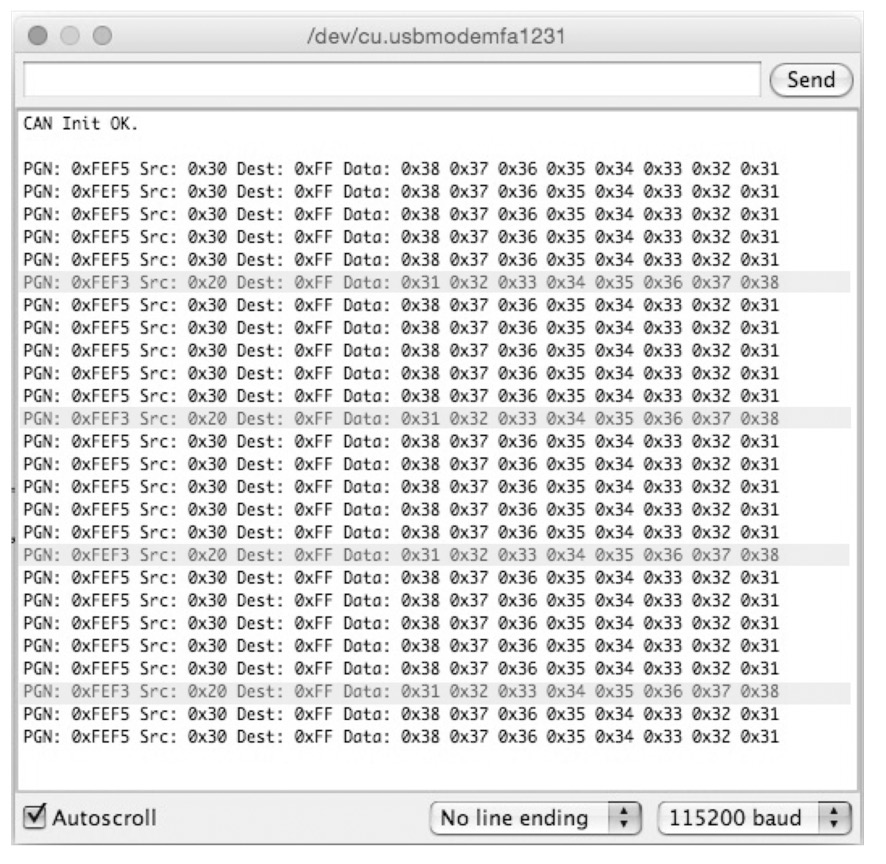 Note: The destination address is being displayed as 0xFF (255), which is the global address, meaning that both PGNs are broadcast messages.