The initial test of the BAM session requires only one ECU, in this case I am using the full protocol running on the Arduino Mega 2560 (The Arduino Uno is still connected to the network, thus the Mega 2560 will claim a source address of 0x81 = 129).

The code we added to the Mega 2560’s loop() function is highlighted: 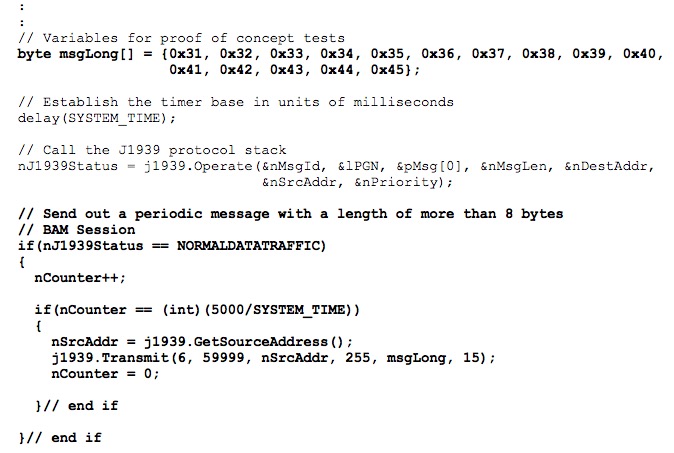 First, we use a global variable nCounter, which is set to its default value of zero.

Inside the loop() function we create a “long” message with 15 data bytes. Then we check the address claim status, and we continue when “normal data traffic” was reached, meaning the address claim process was successful.

Every five seconds (randomly chosen) we determine the acquired source address, and send a PGN (59999, also randomly chosen) using the long message. We also use a destination address of 255, the global address, which should trigger a BAM session.

Let’s have a look at the screen shot made from the ADFweb CAN analyzer software tool: