According to SAE J1939/81 network management procedures are used to “collectively manage the network”.

In all consequence the network management is all about the Address Claim procedure and this procedure utilizes three messages and their PGNs:

These network management messages have the same characteristics as all other SAE J1939 messages (PGNs).

The Request for Address Claimed message (PGN 59904) is identical to the Request message type as described in SAE J1939/21 and chapter Parameter Group Numbers in this book.

The purpose of sending such a request may be for several reasons, for instance:

The response to a Request for Address Claimed message can be multiple: 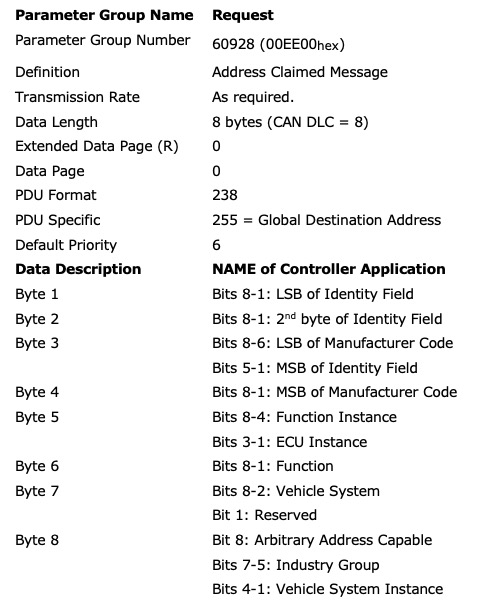 The Cannot Claim Address message has the same format as the Address Claimed message, but it uses the NULL address (254) as the source address.

The following rules apply for the Cannot Claim Address message: