The TS-7553-V2 embedded single board computer (SBC) by Technologic Systems presents a solution for low power, cost-effective, Internet-of-Things (IoT) capable, and ready-to-deploy OEM boards with an emphasis on data integrity.

The TS-7553-V2 provides the capability to communicate with various network technologies simultaneously from a single device. With the onboard peripherals, the system connects to Ethernet, WiFi, Bluetooth, USB, RS-232, RS-485, and CAN Bus networks. Built-in module interfaces like the XBee/NimbeLink socket and internal USB ports supports the extension to networks like Cellular, DigiMesh, ZigBee, Lora, or other proprietary or industry-specific network systems. The ability to communicate over a wide variance of wired and wireless interfaces places the TS-7553-V2 in an excellent position for IoT applications.

Another onboard feature comes with the Nine-Axis Micro-Electro-Mechanical System (MEMS) motion tracking device containing a gyroscope, accelerometer, and compass, providing the capability for asset management, fleet management, and other applications that require sensing motion or vibration.

Applications with strict low power requirements will benefit from the reduced power consumption of less than 2 W in standard conditions and a 9 mW sleep mode. Power over Ethernet (PoE) is supported via a daughter card when required. 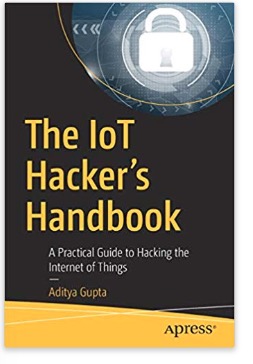 Take a practitioner's approach in analyzing the Internet of Things (IoT) devices and the security issues challenging an IoT architecture.

You’ll review the architecture's central components, from hardware communication interfaces, such as UART and SPI, to radio protocols, such as BLE or ZigBee. You'll also learn to assess a device physically by opening it, looking at the PCB, and identifying the chipsets and interfaces.

You'll then use that information to gain entry to the device or to perform other actions, such as dumping encryption keys and firmware.

As the IoT rises to one of the most popular tech trends, manufacturers need to take the necessary steps to secure devices and protect them from attackers.

The IoT Hacker's Handbook breaks down the Internet of Things, exploits it, and reveals how these devices increase securely.