In the late 1970s, the International Organization for Standardization (ISO) began work to define modern networking by creating the Open Systems Interconnection (OSI) Reference Model (OSIRM), which was published in 1984. These days, it is considered the primary architectural model for inter-computer communications.

The Open Systems Interconnection Reference Model, or OSI Model for short, is a layered, abstract description for communications and computer network protocol design.

The model describes and standardizes the data transfer between networked devices in an open architecture. 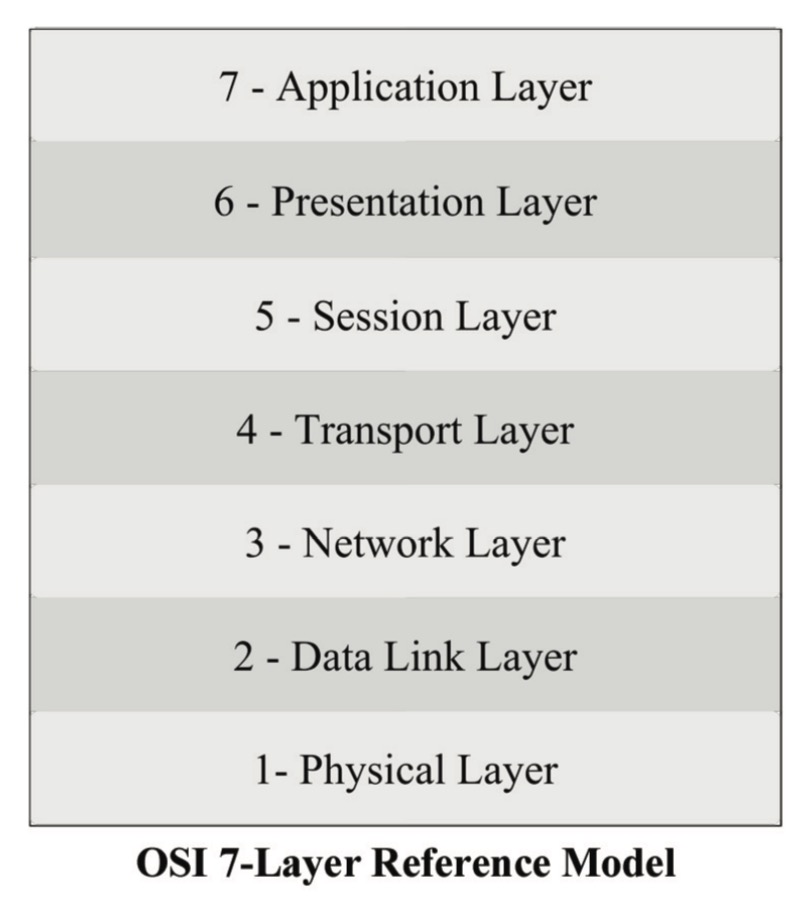 In layman’s terms, the OSI Reference Model describes how data from a transmitting application is processed before it reaches the receiving application.

Conveys the bit stream (electrical impulse, light or radio signal) through the network at the electrical and mechanical level.

Data packets are encoded and decoded into bits. It furnishes transmission protocol knowledge and management and handles errors in the physical layer, flow control and frame synchronization. The data link layer is divided into two sub layers, the Media Access Control (MAC) layer and the Logical Link Control (LLC) layer. The MAC sub layer controls how a computer on the network gains access to the data and permission to transmit it. The LLC layer controls frame synchronization, flow control and error checking.

Provides independence from differences in data representation (e.g. encryption) by translating from application to network format, and vice versa.

Note: As a general requirement, any industrial-strength fieldbus system must be robust in noisy environments ( physical layer), deterministic in guaranteeing data refresh during controller cycle periods ( link layer), and capable of exchanging information between all types of industrial devices ( application layer).

The following image describes the data flow from one application to the other. 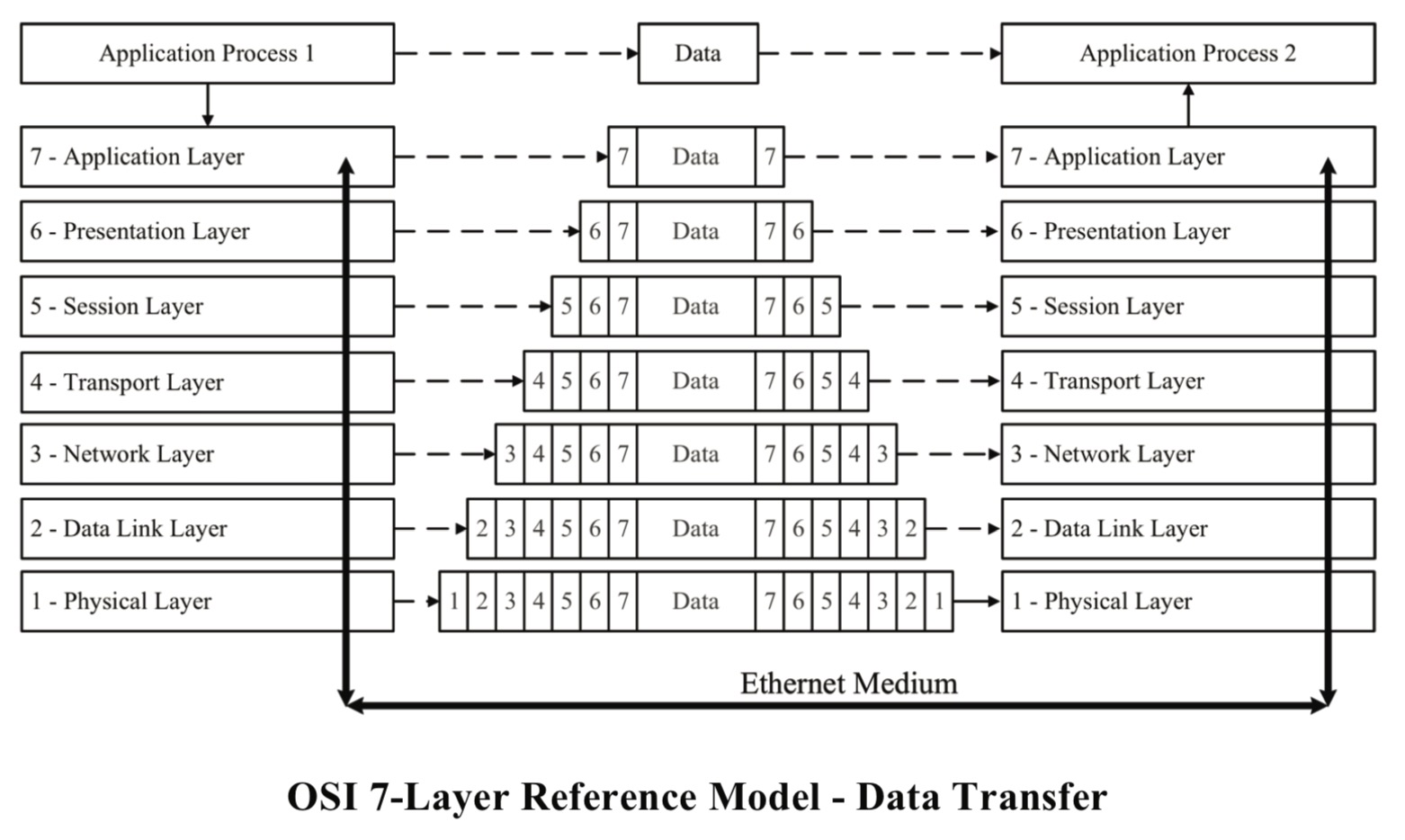 According to the above image, the application data is being passed downwards through all layers of the protocol stack, i.e., from the application layer to the physical layer. Each layer embeds the data it receives into its specific frames, a process called encapsulation.

After the data has been transmitted through the physical layer, it will be passed upwards through all layers up to the application process. Each layer will remove its specific frames to comply with the requirements of the upper layer, and then pass the remainder of the data to that layer.

Naturally, this process requires logical interactions within each layer to complete the network connection.

The disadvantage of this design is, however, a disproportionately high overhead for communication with devices that have to exchange small quantities of data frequently.

Note: Similar to other networking technologies (e.g. CAN and its Higher Layer Protocols) Ethernet TCP/IP bypasses certain OSI layers that don’t contribute to its efficiency.