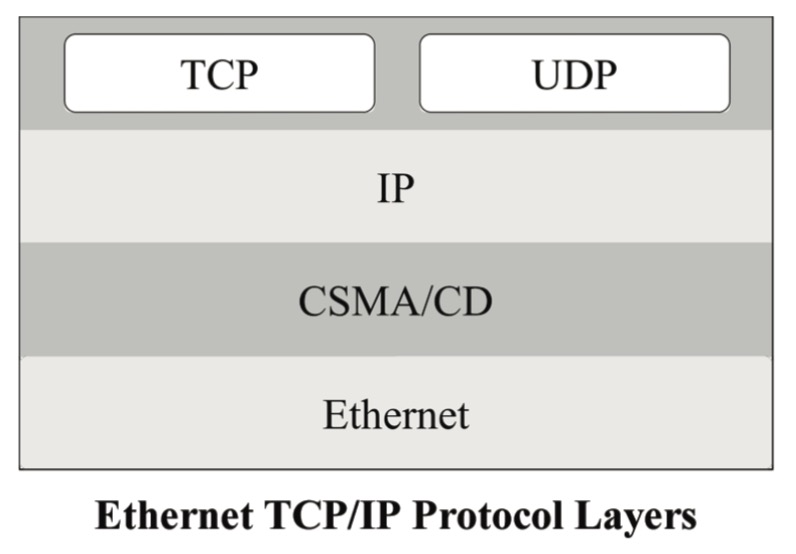 The TCP/IP layer model follows the OSI 7-Layer Reference Model to a certain degree as demonstrated in the image documenting the Ethernet TCP/IP protocol layers. The similarities to the OSI model are apparent.

However, they do have their subtle differences. After all, OSI is a theoretical model that was designed as a reference tool. The most apparent difference is the number of layers. TCP/IP is a four-layered structure, while OSI is a seven-layered model. 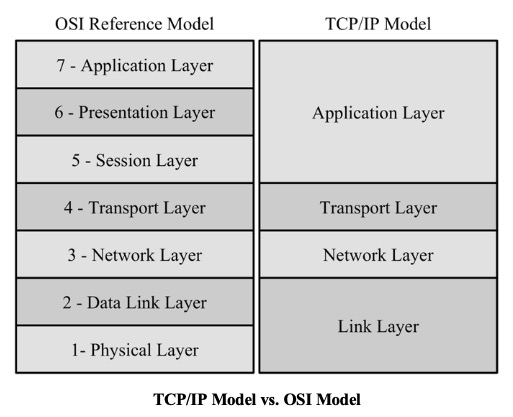 Ethernet (incl. CSMA/CD) resides in the Link Layer, as do some implementations of other traditional fieldbuses such as Controller Area Network (CAN) protocol.

Note: There are loose interpretations in various technical publications referring to Ethernet’s position in the OSI model (i.e., whether it belongs to Layer 2 - Data Link Layer or Layer 1 - Physical Layer). Ethernet is, in its most real sense, hardware and thus should be assigned to the physical layer. CSMA/CD, in turn, should be assigned to the Data Link Layer, since it controls the flow of messages. Nevertheless, a reference to the TCP/IP Link Layer would be unequivocal.

The Transport Layer ensures that data is delivered error-free and in the correct sequence.

The upper layers of the OSI reference model are responsible for application tasks and are usually implemented only in software. The highest layer, the application layer, is closest to the end user.

Ethernet TCP/IP is, naturally, broader than the traditional Ethernet technology. While Ethernet refers only to Layers 1 and 2 in the OSI Model, Ethernet TCP/IP also encompass Layers 3 and 4, using IP addressing in Layer 3, and Transmission Control Protocol (TCP) and User Datagram Protocol (UDP) in Layer 4, in what is referred to as the IP suite. 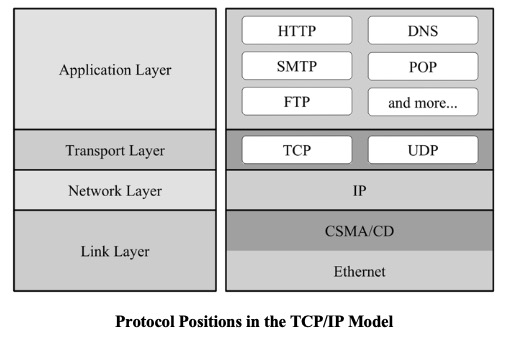 Note: There are a notable number of additional protocols that can reside within the application layer of the TCP/IP Model such as – to name the most popular – HTTP, HTTPS, SSL, SMTP, MIME, IMAP, POP, FTP, SNMP, and more. While the various Industrial Ethernet technologies provide support for these protocols in one way or the other, they will only be mentioned in passing, since they are not crucial components of Industrial Ethernet.