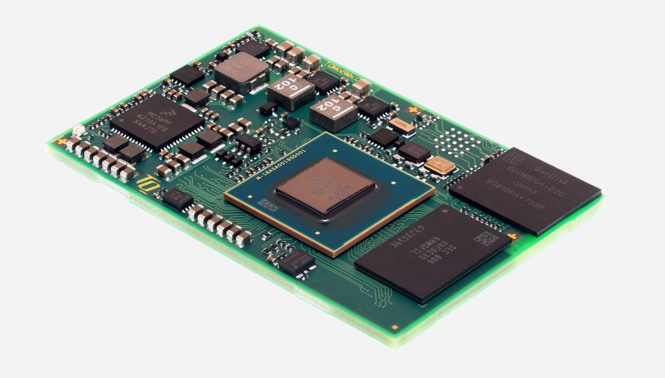 The TQMax4xxl modules by TQ Systems represent an LGA (Land Grid Array) based on the Sitara AM243x microcontroller and the AM64xx processor with up to six cores from Texas Instruments. Possible applications include servo motor controllers (for robotics), industrial gateways, data collectors, and small edge servers in production, providing data for the cloud. The module size of 38 mm x 38 mm includes two CAN FD interfaces, up to four real-time capable 1-Gbit/s Ethernet ports, USB 2.0 or USB 3.0 channel, and a PCIe interface for connecting mass storage devices. In addition, it offers an SD card slot, memory extension, and optional security functions. The supported operating systems include Linux and Realtime OS (AM64xx) and Free RTOS (AM243x). 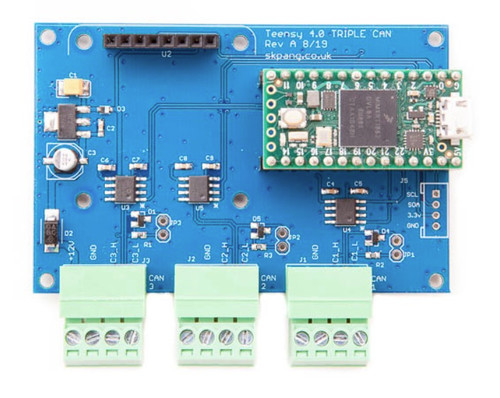 Teensy 4.0 Triple CAN Bus Board With Two CAN 2.0B And One CAN FD Port

The Teensy 4.0 Triple CAN-Bus Board is a Teensy 4.0 board with triple CAN Bus connections, two Classical CAN 2.0B, and one CAN FD. It can be powered by an external +12 VDC power supply with reverse voltage protection.

The Teensy 4.0 is an Arduino-compatible board with an Arm Cortex-M7 microcontroller running at 600 MHz. The board is compatible with the Arduino IDE and the Arduino library. In most cases, code written for another Arduino board works with minimum changes on a Teensy. As the name implies, the board is tiny. For example, the current form factor is only about 18 by 36 millimeters. However, do not let the size mislead you; these boards pack a ton of functionality. For example, the new Teensy 4.0 features a megabyte of RAM, two megabytes of Flash, a bevy of I/O options, cryptographic support, a hardware floating-point processor (FPU), and a built-in real-time clock (RTC).