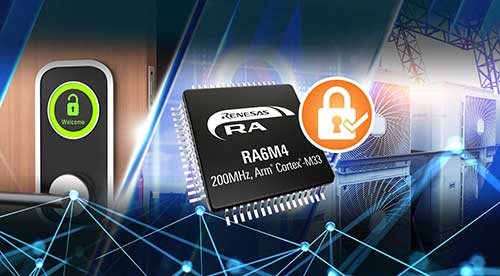 The 32-bit MCUs expand operating performance up to 200 MHz using the ARM Cortex-M33 core based on Armv8-M architecture with ARM Trustzone technology. The RA6M4 MCUs achieve security and connectivity maintained by the Flexible Software Package (FSP). The company’s partner ecosystem offers software and hardware building blocks that work with RA6M4 MCUs and FSP to address Industrial 4.0, building automation, metering, healthcare, and home appliance applications. The series supports the Classical CAN 2.0 Standard, which includes the extended frame format with a 29-bit identifier used in SAE J1939.

Built on a 40-Nm process, the MCUs drive power consumption goes down to 99 uA/MHz while running the Coremark algorithm from flash. The MCUs also support wake-up times of 30 µs from standby using the on-chip oscillator. The integration of up to 1 MiB code flash memory and 256 KiB of SRAM (64 KiB with ECC) also make the MCUs well suited for low power and safety applications.

The MCUs with FSP allow customers to re-use their legacy code and combine it with software from partners across the vast ARM ecosystem to speed implementation of connectivity and security functions. The FSP includes FreeRTOS and middleware, offering a device-to-cloud option for developers. These out-of-box options can be replaced and expanded with other RTOS or middleware. 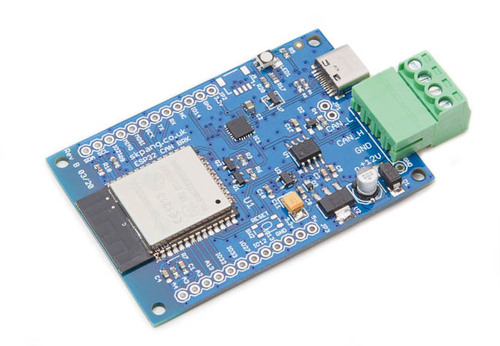 This board comes with an onboard ESP32 WROOM-32 WiFi, Bluetooth Classic, BLE Module, and a CAN Bus port with a transceiver. Onboard is an RGB LED, IO pins on a 0.1" pad.

Programming is accomplished through the popular Arduino IDE connected to the USB-to-Serial converter with USB-C connector, automatic bootloader and reset.