Arduino DUE CORE Board With Dual CAN Bus Interface, Real-Time Clock, And SD Card 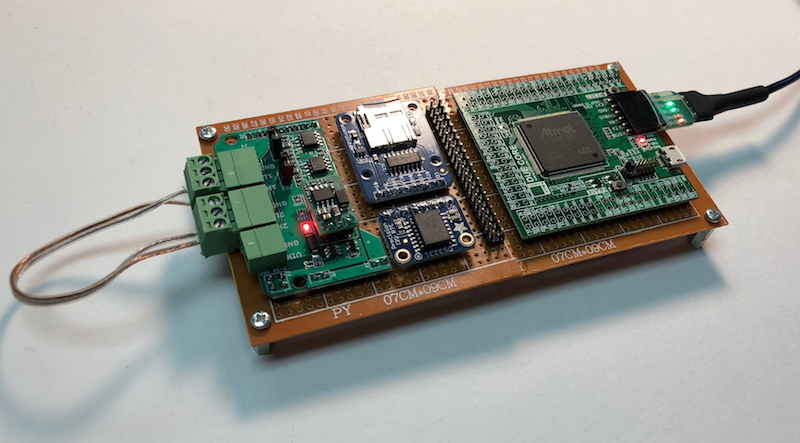 As I had mentioned in my post, Arduino DUE CORE Board With Dual CAN Bus Interface And Extended Power Supply Range, our business strategy is providing prototyping solutions for the CAN Bus (including SAE J1939, ISOBUS, NMEA 2000), and, in the months to follow, we will increase our focus on the Arduino platform, specifically the Arduino Due.

Now that we have finished the development of a baseboard to accommodate our DUE CORE, an Arduino Compatible SAM3X8E 32bit ARM Cortex M3 Module, plus the jCOM.CAN.DUE board, we continue with the creation of an extended version. The above image represents the first and successful test of the configuration.

The upgraded baseboard will add: 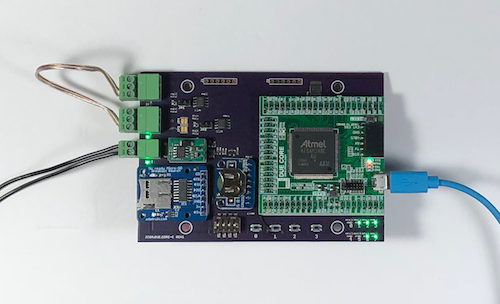 As of today, we have the first production prototype available for testing to assure that all Arduino Due sketches are working as expected.

If all goes well, we will start the manufacturing process, and we should have the first production batch ready for shipment in the first week of September.

The below image shows a first draft of the board design: 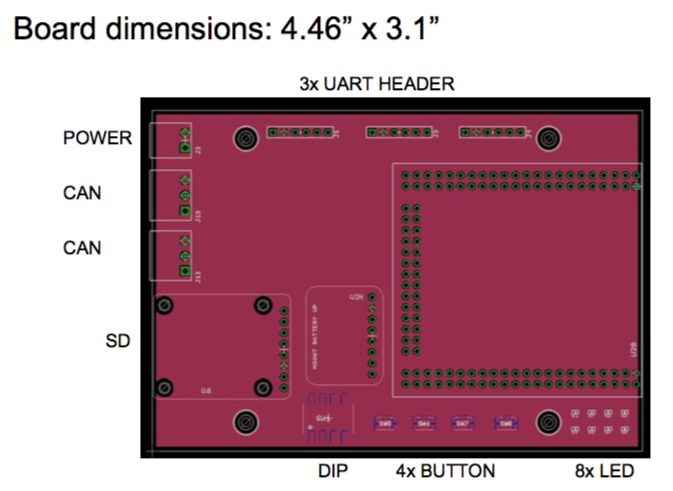 The device can be powered either per USB port or per 2-pin terminal block (7 VDC to 36 VDC).

The board's size is designed to fit into a Pactec LH45-100 enclosure: 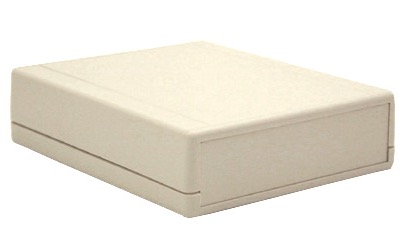 The Real-Time Clock and the SD Card are options, and in this case we are using off-the-shelf breakout modules from Adafruit:

This approach enables us using Arduino software (sketches) that are already developed and tested.

The number of possible applications is vast, and here are just a few examples:

The development will take a few months from the time of this writing. In the meantime, if you are interested in adding a dual CAN Bus interface to the Arduino Due, have a look at the following options:

Written by Arduino expert Jeremy Blum, this unique book uses the popular Arduino microcontroller platform as an instrument to teach you about topics in electrical engineering, programming, and human-computer interaction. Whether you're a budding hobbyist or an engineer, you'll benefit from the perfectly paced lessons that walk you through useful, artistic, and educational exercises that gradually get more advanced.

In addition to specific projects, the book shares best practices in programming and design that you can apply to your own projects. Code snippets and schematics will serve as a useful reference for future projects even after you've mastered all the topics in the book.