Arduino Due Firmware Flaw: Problem With Using The USB Programming Port At 230400 Baud And Beyond 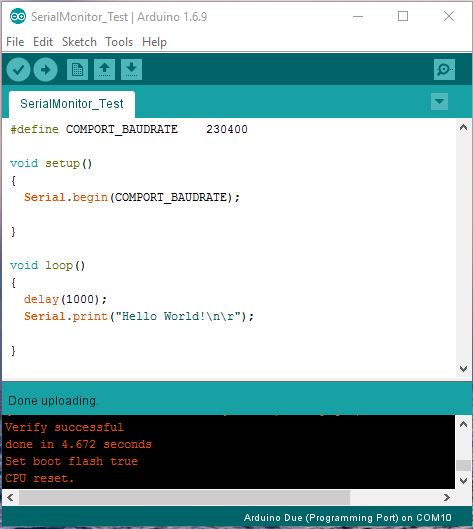 One of the improvements that came with the Arduino IDE's updates was an increased baud rate for the Serial Monitor.

Well, there are many time-sensitive applications that will benefit from the speed gain, specifically when using one of the fastest Arduinos around, the Arduino Due with its ARM Cortex M3 processor.

However, when you set the Serial Monitor to 230,400 baud (the maximum is 250,000 but that is not a standard rate), you will be in for an unpleasant surprise.

Have a look at the image to the left. It represents an extremely simple program: In the setup() routine we set the baud rate to 230,400 and in the loop() section we print the ever-popular "Hello World!" with a one-second frequency. Easy enough, right? However, the result is disastrous: 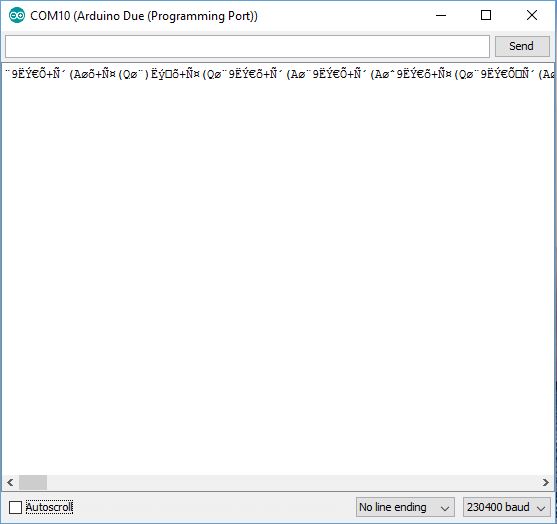 So what is the problem? The answer is easy (even though it took me quite some efforts to find out): The underlying ARM Cortex M3 code in the Setup.begin command, specifically the baud rate initialization, contains a bug that has been spread through the entire ARM community (including, just to name one very popular example, the Raspberry Pi). For more information see my post ARM Cortex Processors – UART Programming Problem At Baud Rates Higher Than 115200.

Just to stress the point, the initialization of the Due's Programming Port is wrong, while the Serial Monitor software is initialized correctly according to standard. In all consequence, the difference of the timing between the embedded Due board and the Serial Monitor is enough to cause problems.

If your application requires using the serial Programming Port at baud rates higher than 115,200, there are a few un-attractive options:

Nevertheless, there is an almost stupid but reliably working solution: Initialize the port using a baud rate of 210,000: Serial.begin(210000);... And yes, it works!

For those who are interested in running even higher than 230,400: 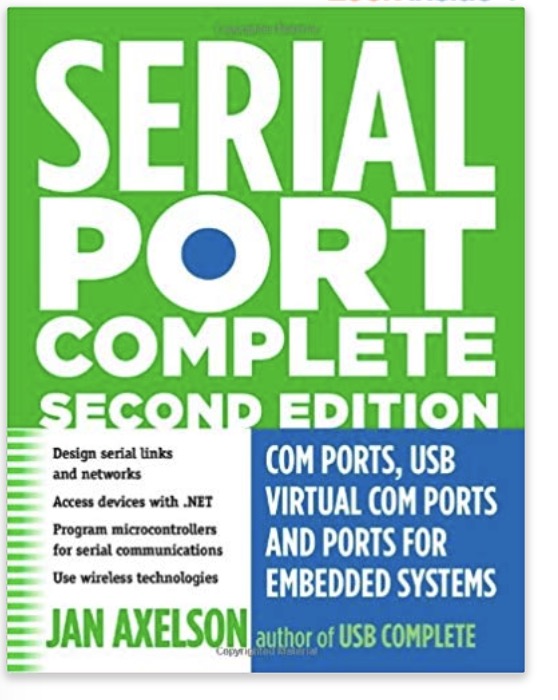 To say it upfront, I cannot confirm with 100% certainty that all ARM Cortex microcontrollers are affected by the UART programming problem as described in the following, but there are indications that make my assumption very probable. The outcome depends primarily on thorough testing of serial communication applications, but there is evidence to the contrary [...]