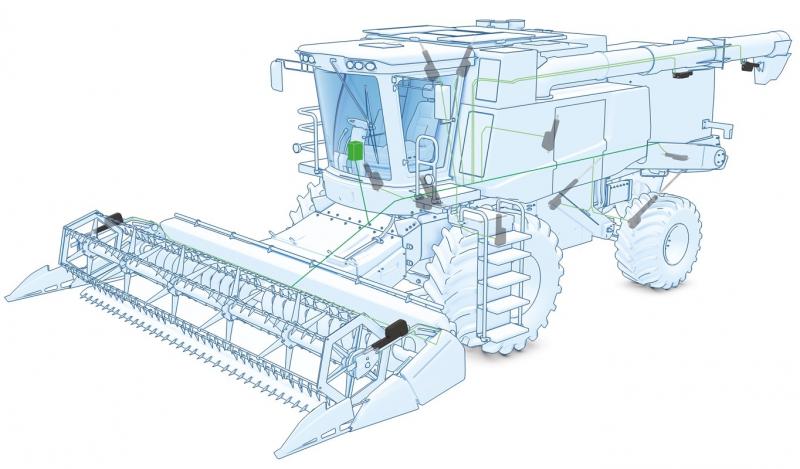 Manufacturers of agricultural, construction, and other off-highway equipment are increasingly deploying electromechanical actuators instead of hydraulic actuators, the primary reason being their simplicity and environmental benefits. Now, intelligent electromechanical actuators that support the Controller Area Network (CAN) bus networking standard give designers more reasons to choose such a solution. Support for the CAN/J1939 networking protocol allows onboard intelligence that can lead to impressive improvements in performance and maintenance.

The CAN protocol is an ISO standard (ISO 11898) for serial data communication. It was originally developed for automotive applications but is now also used in industrial automation and mobile machines. The MOH market predominantly uses SAE J1939, a CAN based higher-layer protocol. J1939 is specifically suited to address the particular needs of agriculture, construction, and other off-highway applications.

J1939 provides a standard messaging structure for communications among network nodes under the control of an electronic control unit (ECU). Every message on an actuator module representing a J1939 bus node has a standard identifier indicating message priority, data, and control source. This enables plug-and-play interchanges of supporting devices that share the same network and comply with the messaging structure. 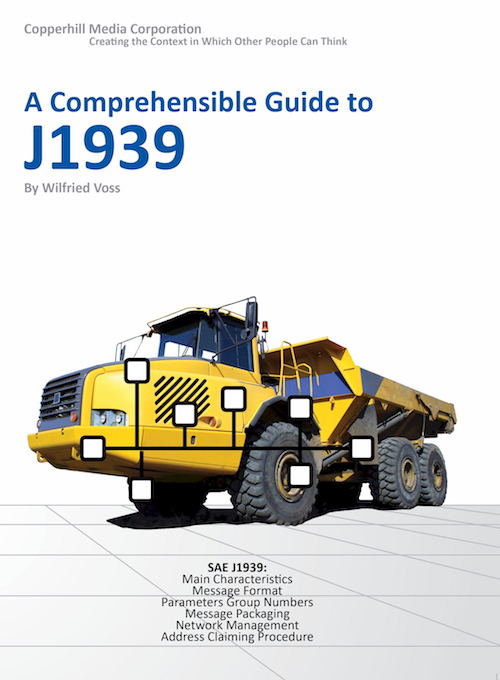 The information in this book is based on two documents of the SAE J1939 Standards Collection: