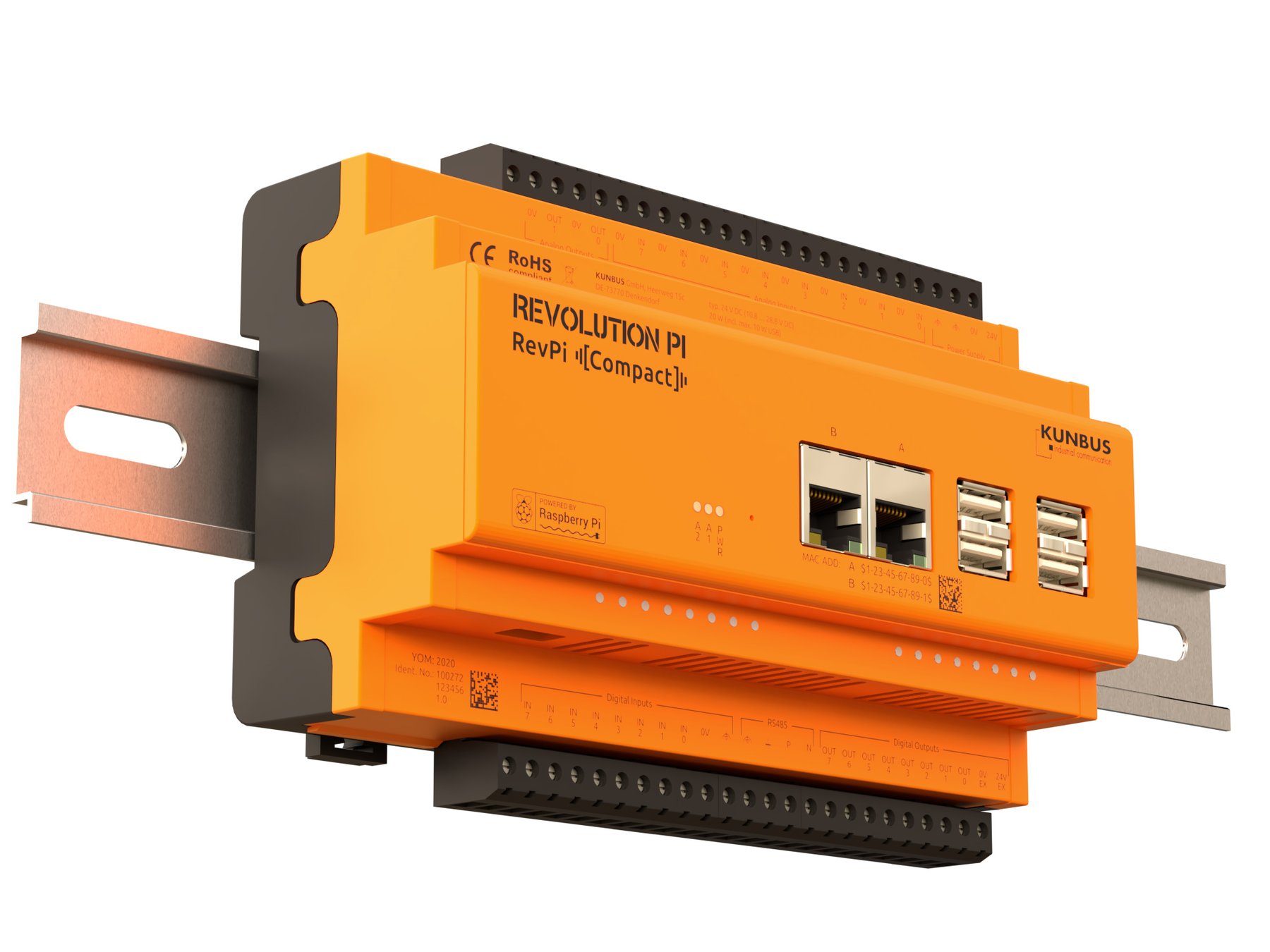 The Revolution Pi series, from  KUNBUS GmbH, is a cost-effective industrial PC based on the well-established Raspberry Pi platform. The RevPi series, for short, represents controllers composed of open hardware and software, meeting the EN 61131-2 standard. The operating system is a specially adapted Raspbian version with an RT patch.

The RevPi Compact from KUNBUS is a compact system with a broad range of connectivity options and functions. Equipped with the Raspberry Pi Compute Module 3+, the control system has a quad-core processor with 1.2 GHz, 1 GB RAM, and 8 GB eMMC flash memory. The open platform concept, including full root rights, provides maximum versatility for the design engineer.

Sensors and actuators can be connected via eight digital and analog inputs, eight digital outputs, and two analog outputs. Due to two Ethernet ports with unique MAC addresses, the device can be simultaneously integrated into two different networks. Four USB ports and a 4-pole RS485 interface are also included.

Raspberry Pi 3 B+ System With Dual Isolated CAN Bus Interface

Our Raspberry Pi 3 System With CAN Bus Interface (PiCAN2) comes with a pre-installed Raspbian operating system. The Raspberry Pi 3 B+ is equipped with a high-performance heatsink set to reduce chip hot-spots and to increase the thermal dissipation surface area.

The PiCAN2 DUO ISO board provides Controller Area Network (CAN) Bus capabilities for the Raspberry Pi.

It uses the Microchip MCP2515 CAN controller with MCP2551 CAN transceiver. Connection are made via 4-way screw terminals.