Since a serial communication system such as CAN is based on a two-wire connection between nodes in the network, i.e. all nodes are sharing the same physical communication bus, a method of message/data collision avoidance is mandatory to assure a safe data transfer and to avoid delays resulting from the necessary restoration of proper bus conditions after the collision.

A collision may occur when two or more nodes in the network are attempting to access the bus at virtually the same time, which may result in unwelcome effects, such as bus access delays or even destruction/damage of messages.

There are various methods of collision avoidance between the various fieldbus systems and in most cases the collision avoidance is actually a collision “repair”, which requires an unspecified bus recovery time, therefore taking up valuable bandwidth, and usually results in the destruction of the message.

CAN averts message/data collisions by using the message ID of the node, i.e. the message with the highest priority (= lowest message ID) will gain access to the bus, while all other nodes (with lower priority message IDs) switch to a “listening” mode.

Not only is the CAN arbitration cycle accomplished in a predictable, i.e. constant, time, the CAN specification also guarantees that low-priority messages who lost the arbitration will start a new arbitration as soon as the bus is available again. Thus CAN provides a non-destructive bus arbitration.

Chapter 4 - Message Frame Architecture explains the detailed structure of a CAN message frame bit by bit. Picture 6.1.1 provides a closer look into the arbitration field of a CAN message, in this case a CAN message with an 11 Bit identifier. 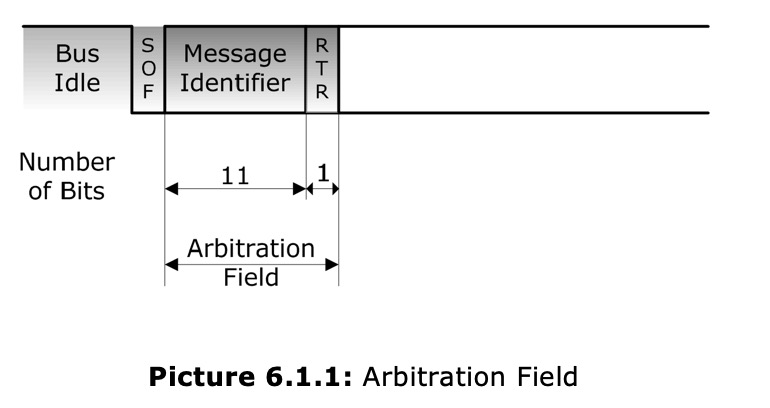 The arbitration field follows right after the SOF (Start of Frame) bit and it contains of the message ID and the RTR (Remote Transmission Request) bit.

Per definition, CAN nodes are not concerned with information about the system configuration (e.g. node address), hence CAN does not support node IDs. CAN data transmissions are distinguished by a unique message identifier (11/29 bit), which also represents the message priority. A low message ID represents a high priority.

Picture 6.1.2 shows an example where three nodes in a four node CAN network try to access the bus at virtually the same time. In this example node C will win the bus access within 12 clock times. At a baud rate of 1 MBit/sec this would translate into 12 microseconds. Naturally, the bus arbitration time varies with baud rate and the message identifier length, 11 or 29 Bit. 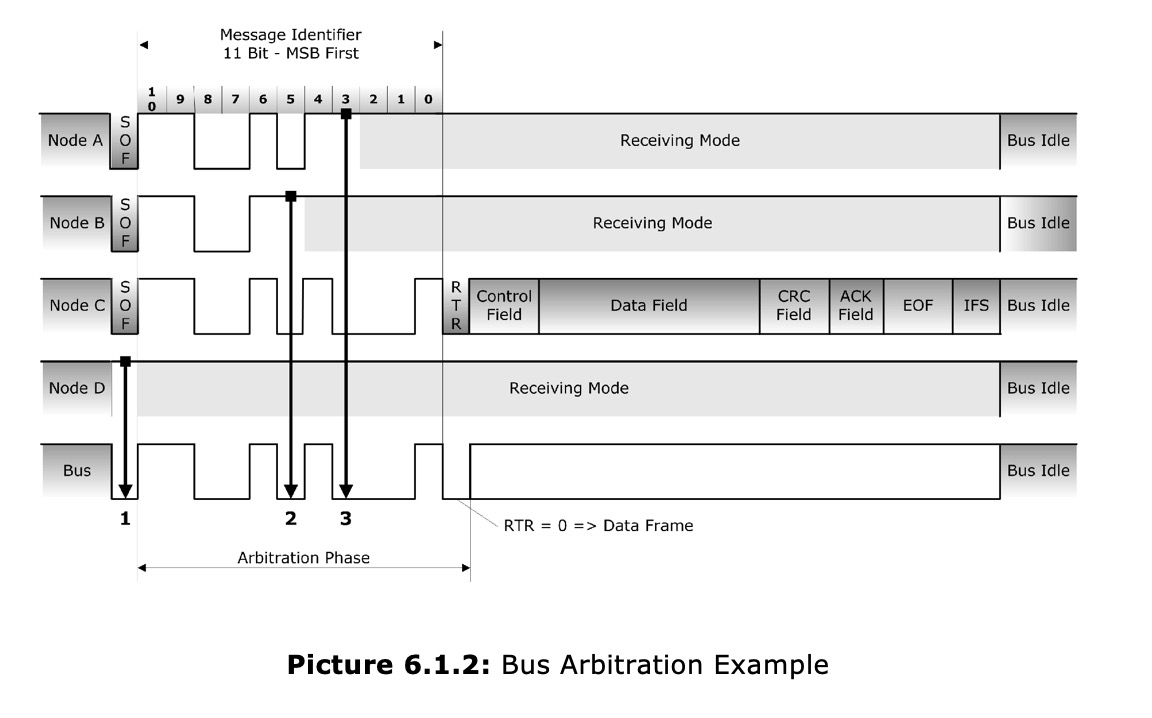 Before engaging into a detailed explanation of the arbitration process as shown in this example, it is important to lay out the ground rules on which bus arbitration works.

The main rules of bus arbitration are:

An equivalent from some electronics basics will explain the relationship between node output and the resulting bus level as shown in picture 6.2.1. 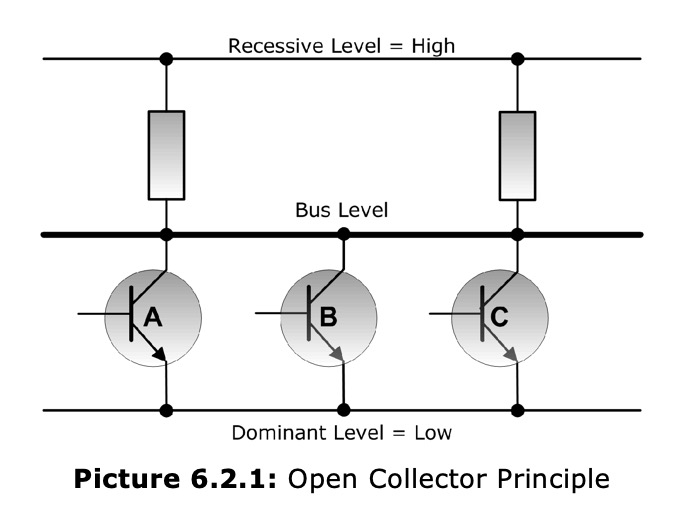 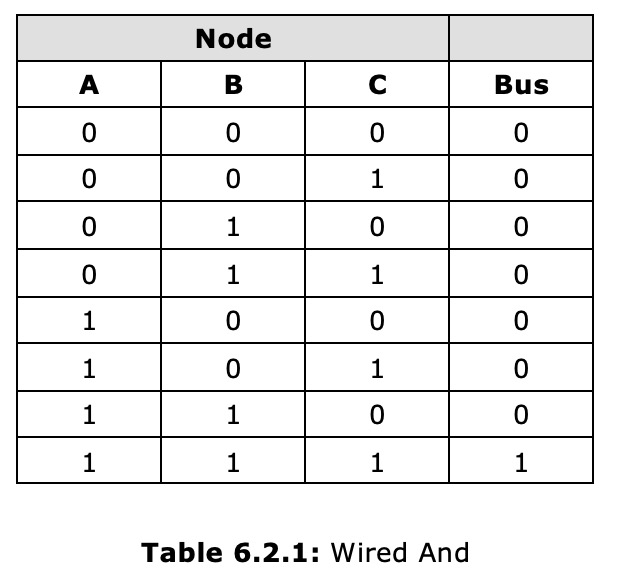 Picture 6.2.2 demonstrates the interaction between a CAN node, trying to access the bus, and the actual CAN bus. 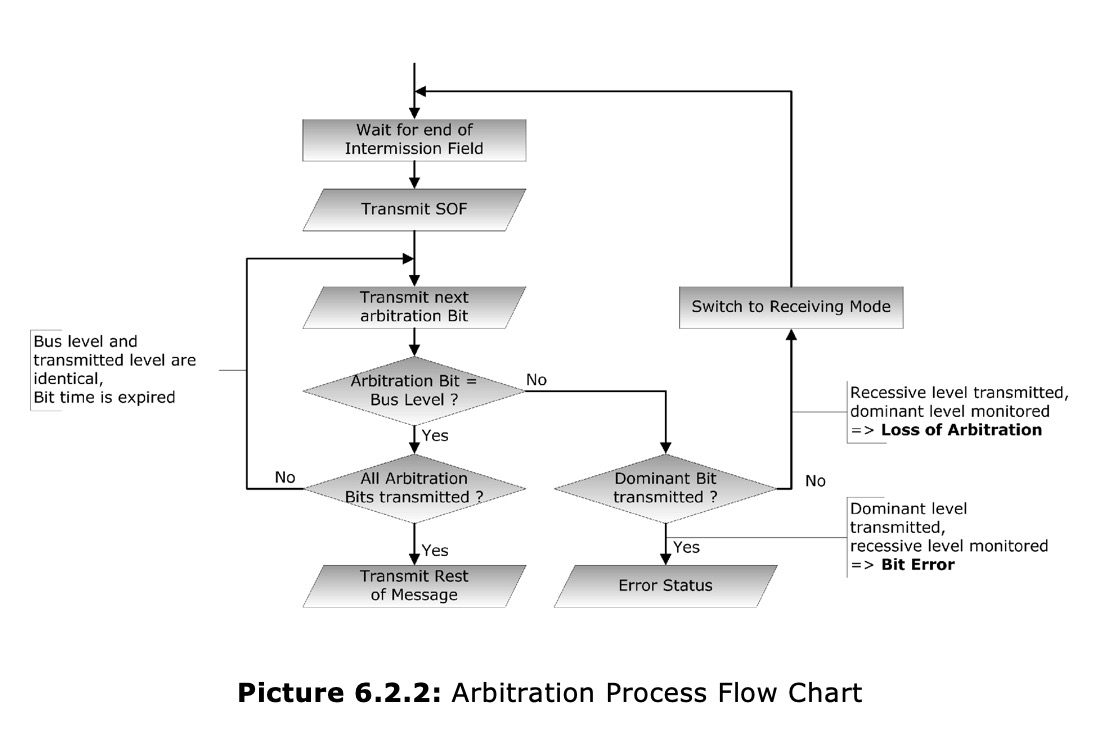