Arduino For Dummies: Work Through Sketches Line By Line In Plain English

Posted by Technical Literature on August 10, 2016 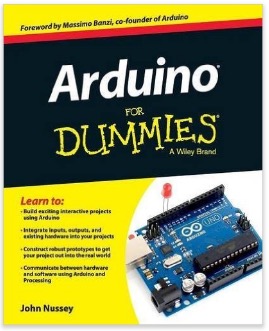 Arduino is an open-source computer hardware and software company, project and user community that designs and manufactures microcontroller-based kits for building digital devices and interactive objects that can sense and control objects in the physical world.

This is no ordinary circuit board. Arduino allows anyone, whether you're an artist, designer, programmer or hobbyist, to learn about and play with electronics. Through this book you learn how to build a variety of circuits that can sense or control things in the real world. Maybe you'll prototype your own product or create a piece of interactive artwork? This book equips you with everything you'll need to build your own Arduino project, but what you make is up to you! If you're ready to bring your ideas into the real world or are curious about the possibilities, this book is for you.

It's hardware, it's software, it's fun! Start building the next cool gizmo with Arduino and Arduino For Dummies. 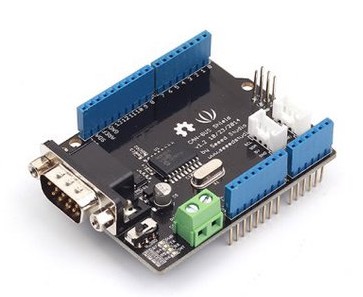 CAN Bus Shield For Arduino

Controller Area Network (CAN) is a common industrial and automotive bus with medium communication speed and extremely high reliability. It is commonly found on modern machine tools and automotive diagnostic bus. This CAN BUS Shield uses the MCP2515 CAN Bus controller per SPI interface and the MCP2551 CAN transceiver to provide your Arduino/Seeeduino CAN bus compliance. With an OBD-II converter cable added on and the OBD-II library imported, you are ready to build an onboard diagnostic device or data logger. => More Information...