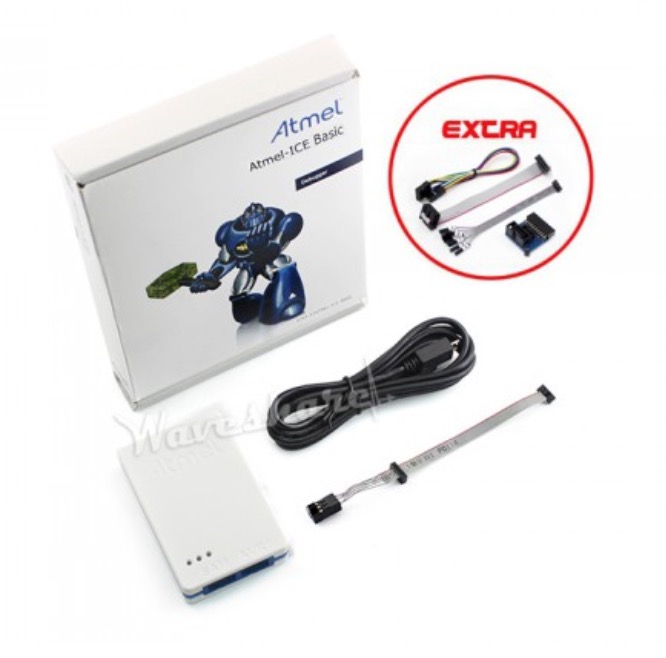 Atmel’s SAM3X series MCUs are great for users who want to move further from the world of 8bit/16bit microcontrollers to 32bit ARM Cortex core MCUs.

One of the most famous device in this series is SAM3X8E, Atmel’s Smart ARM microcontroller. The development platform of choice for getting started with the SAM3X8E is the Arduino Due board.

The SAM3X8E MCUs have an ARM Cortex-M3 processor, which can run at 84 MHz, have 512 KB of flash, and 100 KB of SRAM. They also have a rich set of on chip peripherals such as, High Speed USB MiniHost and with on-chip PHY, Ethernet, dual CAN, high speed SD/SDIO/MMC, and multiple serial interfaces (USARTs, SPIs, TWIs (I2C), and one I2S).

The Atmel-ICE is a powerful development tool for debugging and programming Atmel ARM® Cortex®-M based Atmel SAM and AVR® microcontrollers with on-chip debug capability.