App Note: Testing Arduino Due With 2 CAN Bus Breakout Boards 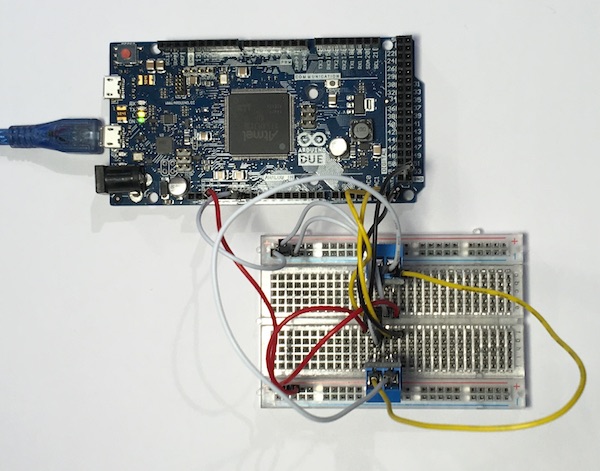 The Arduino Due is the first ARM-based Arduino development board. The programming of the microcontroller is accomplished through the familiar Arduino IDE (Windows, Mac), keeping the programming as backward compatible to other Arduino systems as possible, thus allowing a smooth migration between processor systems.

For instance, the serial interfaces such as Controller Area Network (CAN) and UART (RS-232/422/485) provide only TTL levels, and you will need additional hardware (transceivers) to make them hardware-compliant with their respective standards. For more detailed information, see my post ARM Cortex M3 Development Boards Require External CAN Bus Transceiver.

In the following , I will describe a test of the Arduino's CAN Bus capabilities using our  CAN Bus Mini Breakout Board.

For further detailed information about the software driver and the software download, please refer to my post  App Note: Arduino Due 2-Channel CAN Bus Driver Software.

This configuration allows a first, very simple test of the Arduino Due's CAN Bus capabilities by creating an application that sends CAN data through one channel and receive it through the other (and vice versa). 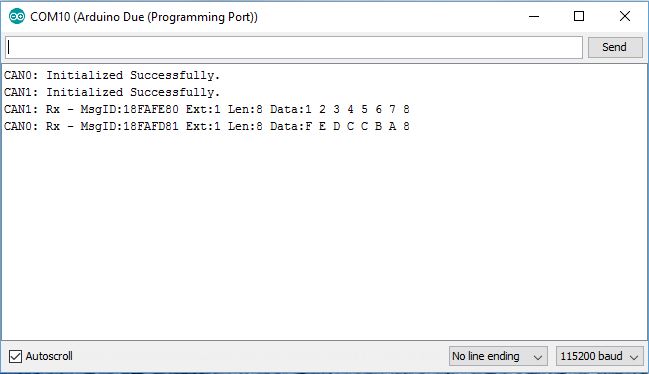 To take the result upfront, have a look at the picture above. It shows the successful initialization of both CAN channels plus the first two received CAN Bus data frames for each CAN Bus channel.

On a side note: For a very first test, I skipped installing the CAN Bus breakout boards, and connect the TTL-Level signals CANRX, CANTX instead, however, with no success. The CAN controller initialization went without problems, but neither controller was able to send a data frame. I am not a hardware specialist, so I let it be and used the breakout boards, in this case without further problems.

Now, let's have a look at the hardware installation, first of all, the signals coming from the Arduino Due: 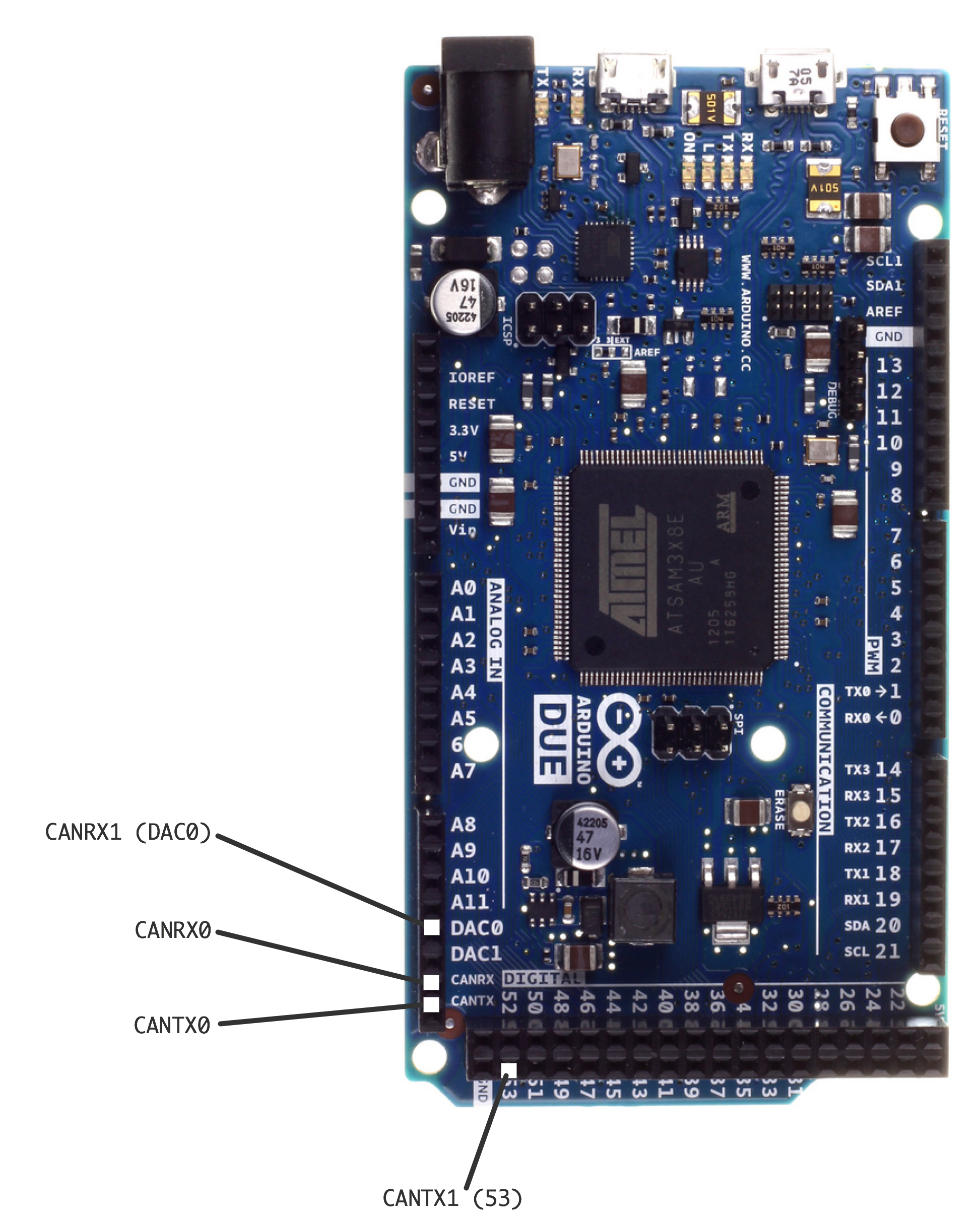 Each of the CAN Bus breakout boards, naturally, requires a power supply, which is provided through the Due board as well (have a look at the corresponding pins on the upper left portion of the board). Available voltages are either 3.3VDC or 5VDC.

For the CAN Bus Mini Breakout board, I needed the 3.3 VDC power (we have further breakout boards that run with 5VDC; see list above in this post).

The lower left corner of the board contains the CAN bus connections for both controllers; this is the extended section compare to, for instance, the Arduino Uno.

Both CAN Bus breakout boards provide their corresponding CANRX and CANTX lines, but, defying an engineer's instinct, you don't cross the lines to connect receiver to transmitter (as you would do, for instance, with RS232).

The connections are as follows:

The above connection list does not include the power supply, which I deemed obvious.

Note: If you prefer to skip the installation with bread board and prototyping wires  but would prefer an off-the-shelf solution, have a look at our Arduino Due CAN Shield with 2 CAN Ports. The test software we created will work for all variants of CAN Bus transceivers.

As I mentioned before, the Arduino Due test program (sketch) was designed to send out CAN data frames through one channel and received it through the other (and vice versa).

=>  Download the Due_2CAN_Channel_Test Sketch for Arduino Due (zip file)...