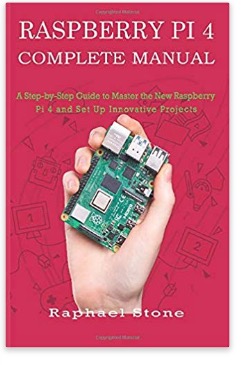 The Raspberry Pi 4 can accomplish a remarkable variety of embedded applications. Amateur technology enthusiasts use Raspberry Pi boards as media centers, file servers, retro games consoles, routers, and network-level ad-blockers, for starters. However, that is just a taste of what is feasible. There are a plethora of projects out there, where people use the Raspberry Pi to build tablets, laptops, phones, robots, smart mirrors, taking pictures on the edge of space, or running experiments on the International Space Station.

With the Raspberry Pi 4 being faster, able to decode 4K video, benefiting from faster storage via USB 3.0, and faster network connections via real Gigabit Ethernet, the door is open to many new uses. It is also the first Raspberry Pi that supports two screens at one – up to dual 4K@30 displays – a boon for creatives who want more desktop space.

You don’t have to be a rocket scientist to start developing your projects; the Raspberry Pi 4 Complete User Manual is here to revolutionize the way you understand computing once and for all. Here is a preview of what the book provides:

If you are ready to embark on your most excellent digital adventure and get more out of your Raspberry Pi 4, add this book to your library now. 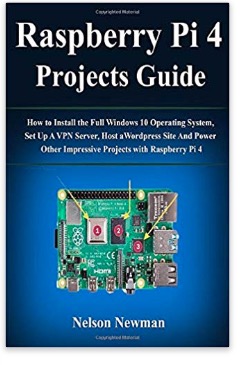 Raspberry Pi 4 Projects Guide: How to Install the Full Windows 10 Operating System, Set Up A VPN Server, Host a Wordpress Site And Power Other Impressive Projects with Raspberry Pi 4

To get you started, we have collected a whole collection of surprising practical Raspberry Pi 4 projects that anybody can accomplish with the help of detailed tutorials.

In this guide, we have outlined the full use of a Raspberry Pi 4 with detailed tutorials.

In this guide, you will learn:

And there are many more surprising projects you can do.