"I daresay that your best bet is to talk to a vendor that you are used to dealing with and that you trust. Having support when implementing a network is more important than which network you pick.”
– Advice found at a technology forum

Selecting the “right” Ethernet Technology depends on a significant number of factors (with being informed as the most important one), and there is a good reason why “right” comes in quotation marks.

Note: The majority of automation tasks in the world do not require Industrial Ethernet for process control!

The above statement is not quite as bold as it may appear at first look, and it is far from being an argument against the use of Industrial Ethernet, but it emphasizes the need to look into the technology, its capabilities, and, most importantly, its costs.

When it comes to plant-wide networking, it is feasible to add standard Ethernet TCP/IP interfaces to existing control devices (See also chapter The Ethernet Technology Plant of the Future).

On the other hand, Industrial Ethernet is a blessing for high-speed, high-precision motion control applications, specifically robotics, but also vision systems and control systems with a vast number of I/O signals.

Industrial Ethernet technologies are most suitable for:

The decision to use Industrial Ethernet may only be one of the above reasons or a combination thereof.

The selection of the right Industrial Ethernet technology is, nevertheless, highly application-specific, and in case of turnkey solutions, it may be more or less political. However, when it comes to high-demanding automation tasks, it is worth comparing the various protocols and how they match the application requirements.

In many cases, the real-time performance is the deciding technological factor, while the manufacturing and management mind will appreciate the networking capabilities. 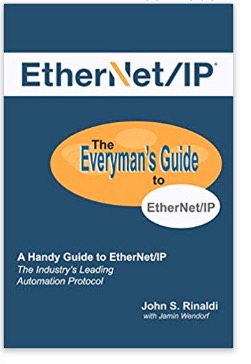