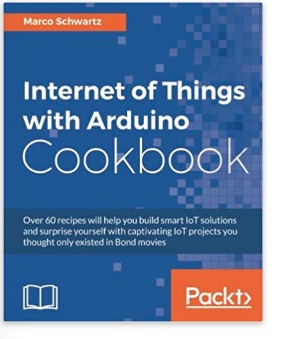 Arduino is a powerful and very versatile platform used by millions of people around the world to create DIY electronics projects. It can be connected to a wide variety of sensors and other components, making it the ideal platform to build fantastic Internet of Things (IoT) projects on―the next wave in the era of computing.

This book takes a recipe-based approach, giving you precise examples of how to build IoT projects of all types using the Arduino platform. There are across projects from several fields, including the popular robotics and home automation domains.

Along with being introduced to several forms of interactions within IoT, including projects that directly interact with popular web services such as Twitter, Facebook, and Dropbox we focus on Machine-to-Machine (M2M) interactions, where Arduino projects interact without any human intervention.

You learn to build a few quick and easy-to-make fun projects that expand your horizons in the world of IoT and Arduino. Each chapter ends with a troubleshooting recipe that helps you overcome any problems faced while building these projects.

By the end of this book, you will not only know how to build these projects but also have the skills necessary to build your own IoT projects in the future. 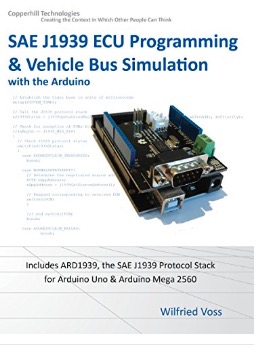 This book, written by a leading expert in the field of Controller Area Network (CAN) technologies, represents the perfect guide to implementing an SAE J1939 protocol stack for embedded systems.

The book is filled with numerous C/C++ code examples and valuable documentation of the resulting J1939 vehicle network data traffic.

The collection of sketches is concluded by the ARD1939 project, a fully functional SAE J1939 protocol stack for the Arduino Uno and Mega 2560.