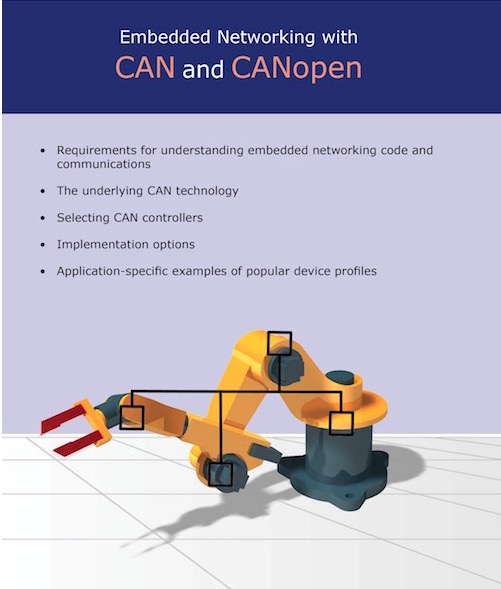 The CANopen Magic Pro Library by Embedded Systems Academy is a system supporting customized CANopen based PC applications for quick and easy development without the need to know all details of the CANopen protocol stack.

The kit consists of a professional CANopen library along with documentation, a C header file and makefile for gcc. The CANopen library achieves the CANopen functionality and in turn, uses the PEAK CAN driver with SocketCAN to communicate with the CAN Bus interface. 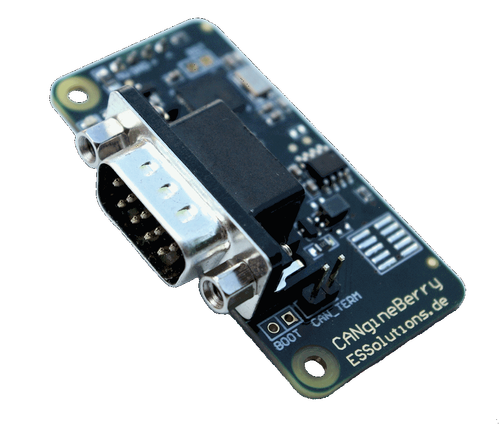 The connection to the host system uses only four pins: Two for power (5 V) and two for the UART. The four-pin header row directly matches the Raspberry Pi pin layout, but also other common connectors, such as popular USB-to-UART converter chips/modules, if the correct voltage levels are used (5 V supply, 3.3 V signals).