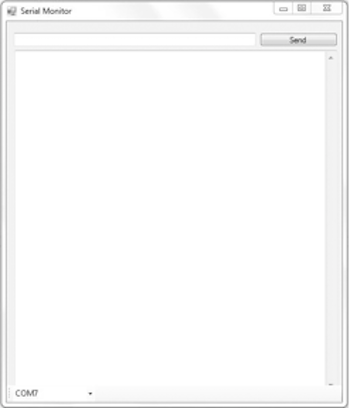 The screen elements are a textbox for data entry, a command button to send the entry to the Arduino, and another larger text box to display the data coming from the Arduino. Last, but not least, there is a combobox displaying all available USB COM ports (It is your task to determine the proper USB port; there is no auto detection).

What the program does not provide is the baud rate settings, which has been hard-coded as 9600 baud into the program but can be modified easily. Of course, this is not the professional way of doing it, but, after all, this programming sample serves as an example on reading/sending messages from/to the Arduino. In regards to the envisioned extended CAN network monitoring and diagnostics tool, you will need more and different screen elements, and the baud rate settings should be part of that project.

Reference: The handling of the USB port is based on an article by Ryan Alford (with added content by Arjun Walmiki, Gregory Krzywoszyja and Mahesh Chand) at:
http://www.c-sharpcorner.com/uploadfile/eclipsed4u...

At program start, the user first needs to select the applicable USB COM port, which initializes the port (SelectedIndexChanged event).

The following shows screen shots taken through a session with our Arduino CAN Network Monitoring and Diagnostics program: 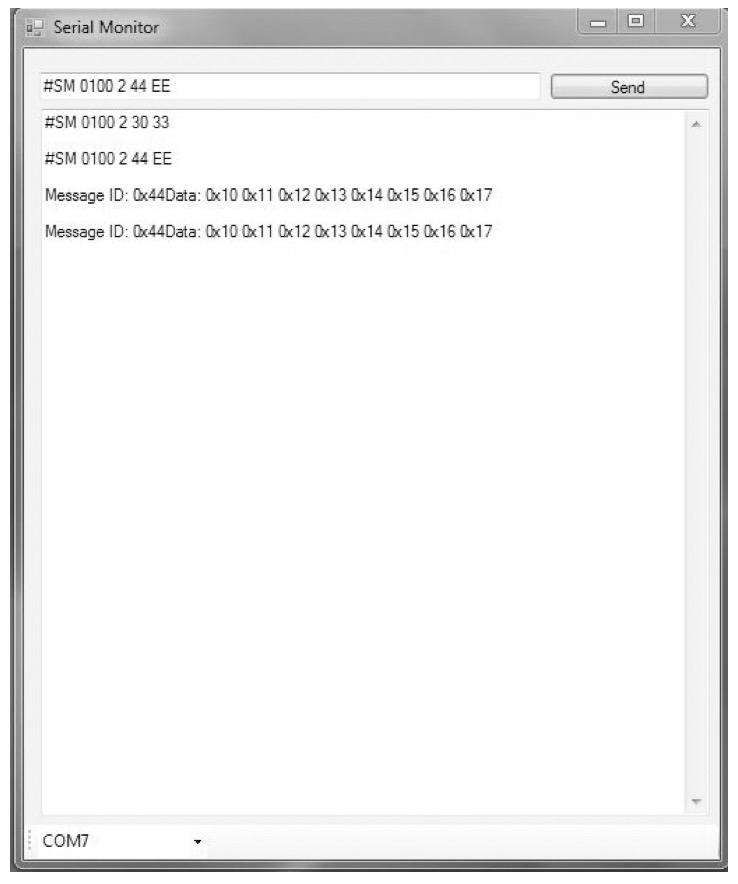 In this case, we sent two CAN Messages with the same ID (0100) but different data. Next, we received to messages through my standard test configuration (i.e. USB-to-CAN gateway with Windows monitoring tool as the second CAN node). 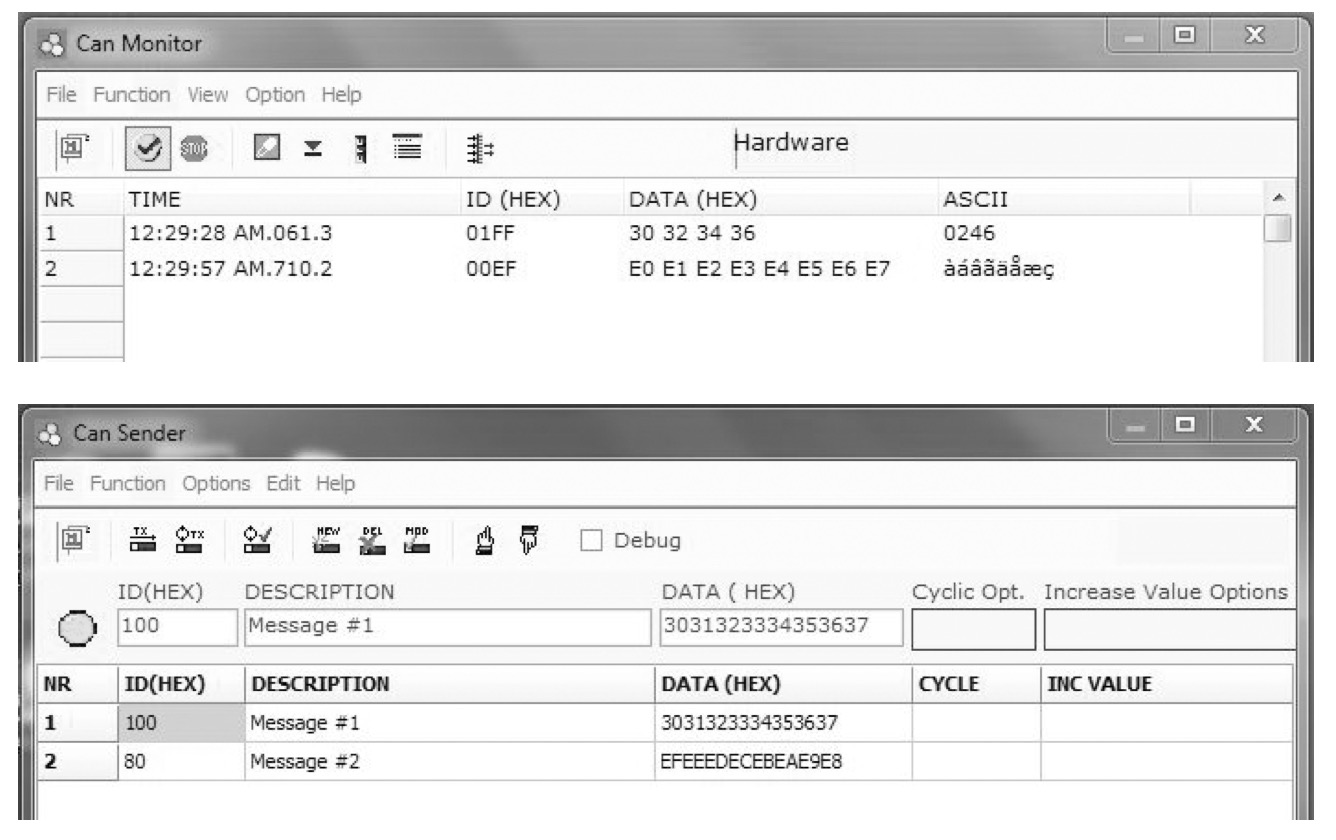 The previous two screen shots serve as evidence that the messages sent to/from the serial monitor via the Arduino CAN Shield were received/transmitted as expected.

At this point, after having accomplished all the necessary steps, it is easily possible to develop a professional, full-fledged CAN Network Monitoring, Diagnostics, and Simulation Software.

The groundwork has been laid for all necessary hardware and software components: