CAN Bus Prototyping With Arduino Uno - Arduino CAN Shields

Since Controller Area Network (CAN) is predominantly targeted at industrial solutions (versus the vastly more popular USB for non-industrial use such as home and lab), there aren’t too many choices available in the market.

Through some research (i.e. browsing) I found two very similar solutions, and they both work with the same CAN library. Both solutions use the Microchip MCP2515 CAN controller. Also, both solutions are distributed through worldwide online resources.

The Microchip MCP2515 CAN Controller

Microchip Technology’s MCP2515 is a stand-alone Controller Area Network (CAN) controller that implements the CAN specification, version 2.0B. It is capable of transmitting and receiving both standard and extended data and remote frames. The MCP2515 has two acceptance masks and six acceptance filters that are used to filter out unwanted messages, thereby reducing the host MCUs overhead. The MCP2515 interfaces with microcontrollers (MCUs) via an industry standard Serial Peripheral Interface (SPI).

Note: CAN specification 2.0B refers to the capability of using standard CAN frames with 11-bit message identifier plus the extended format with a 29-bit message ID.

Both CAN shields as described in the following chapters utilize the Microchip MCP2551 CAN transceiver, which converts the internal TTL signals to a differential voltage as demanded by the CAN standard. 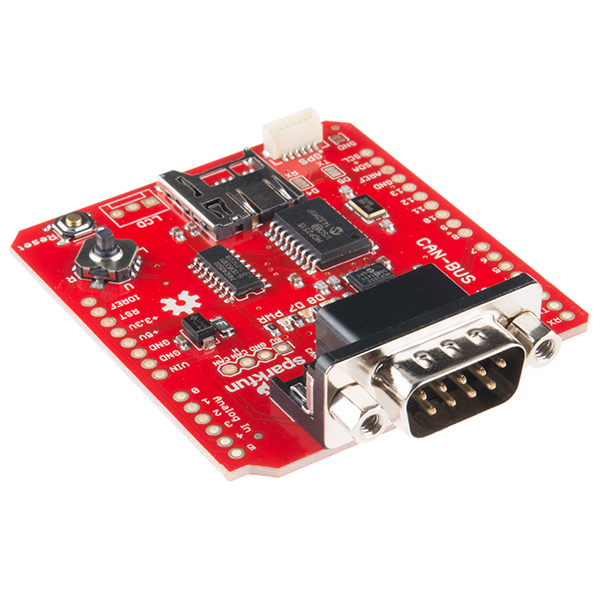 The CAN-BUS Shield provides your Arduino with CAN Bus capabilities and allows you to hack your vehicle.

This shield allows you to poll the ECU for information including coolant temperature, throttle position, vehicle speed, and engine rpms. You can also store this data or output it to a screen to make an in-dash project.

It uses the Microchip MCP2515 CAN controller with the MCP2551 CAN transceiver. CAN connection is via a standard 9-way sub-D for use with OBD-II cable.

Ideal for automative CAN application. The shield also has a uSD card holder, serial LCD connector and connector for an EM506 GPS module. These features make this shield ideal for data logging application. 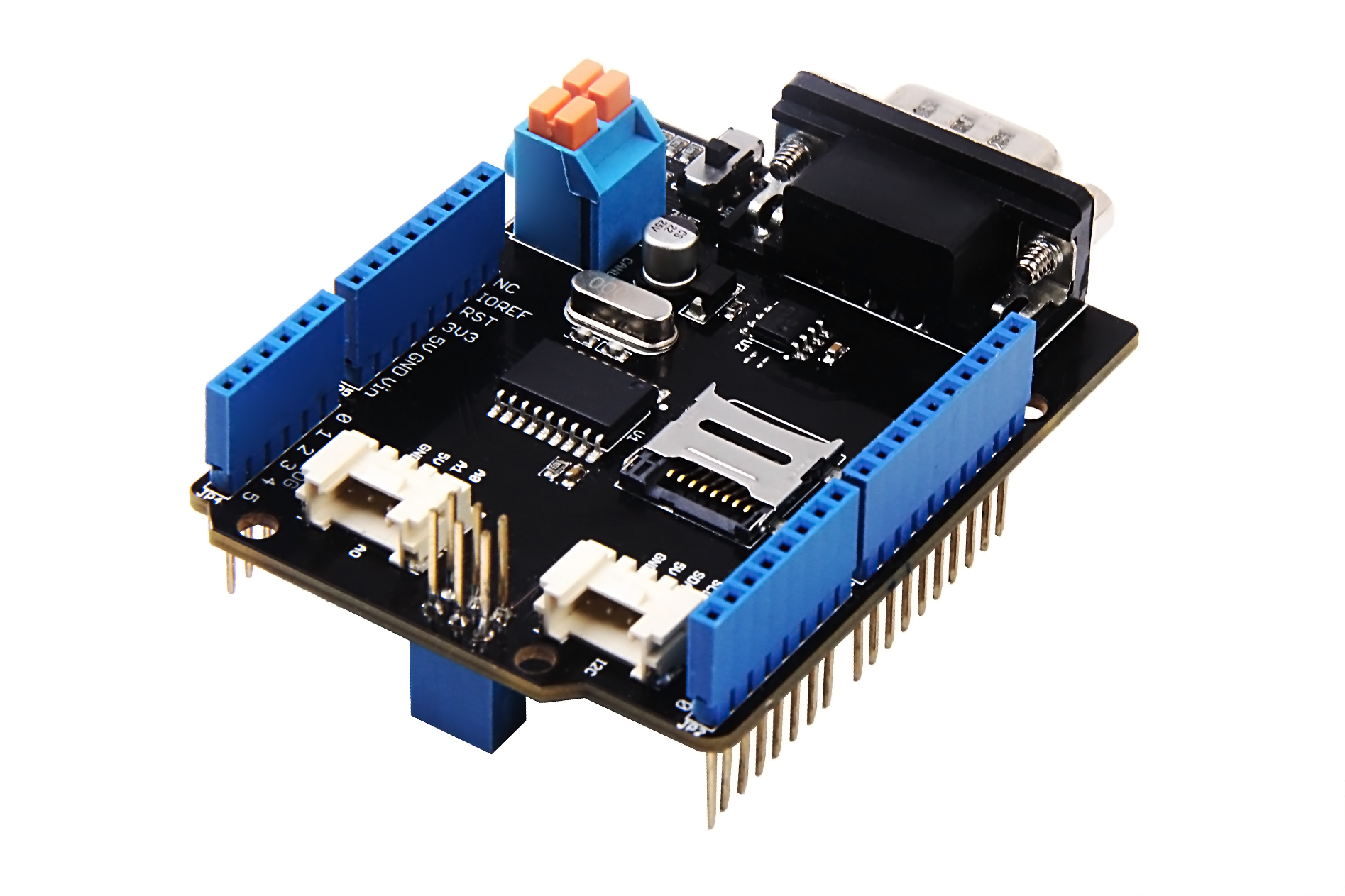 Secondly they added a TF card slot for data storage and the CS pin can be either set to D4 or D5. The INT pin can also be set to D2 or D3 by switching jumpers on the back of the shield. If you want to use more than 2 CAN-BUS Shield, it is needed to cut P1 pad. In V2, they moved the P1 pad from front to the back of the shield to make it easier to cut and solder. All in one, there are many options for customization.

Consider that the D0/D1 pin are usually used for downloading code, we changed the serial Grove connector to pin A0/A1. The I2C grove connector is also changed to more reasonable standard SDA/SCL pin instead of previous A4/A5. The two grove connectors are both changed to horizontal rather than vertical to the shield so that it would be more convenient when connecting to other grove modules.