Modbus is a serial communications protocol developed by Modicon (now Schneider Electric) in 1979 for the use with its PLCs (Programmable Logic Controllers). Modbus has become a popular standard communication protocol, and these days is widely accessible for the means of connecting industrial electronic devices.

The principal reasons for the use of Modbus for industrial applications are:

Modbus facilitates communication among multiple devices that are connected to a common network, for example, a system that measures temperature and humidity and reports the results to a host computer. Modbus is frequently employed to connect a supervisory computer with a remote terminal unit (RTU) in supervisory control and data acquisition (SCADA) systems. Numerous of the data types are named from industry usage of Ladder logic and its use in driving relays. For instance, a single-bit physical output is called a coil, and a single-bit physical input is called a discrete input or a contact. 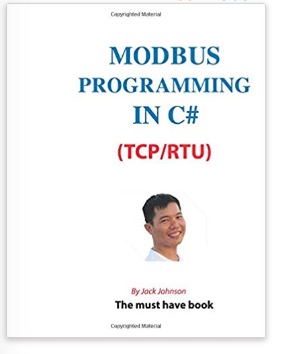 Programming Modbus in C# has been created explicitly by Modbus programming specialists with ease of learning in mind to guarantee that the reader won't get stuck, lost, or lose confidence during the learning process. Never again will you need to waste your time combing the internet for information, watching endless YouTube videos, or spending absurd amounts of money for online courses. 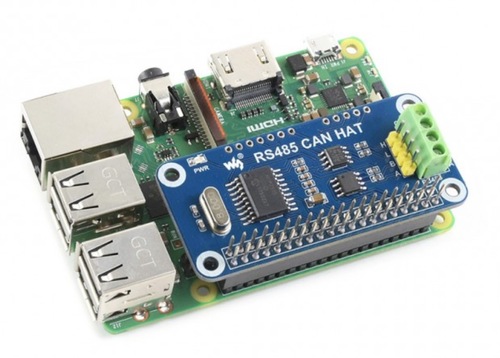 CAN Bus Plus RS485 HAT for Raspberry Pi

The CAN Bus Plus RS485 CAN HAT adds serial networking options to your Raspberry Pi Zero/Zero W/Zero WH/2B/3B/3B+.

The onboard CAN Bus port utilizes the Microchip MCP2515 CAN controller, accessible per SPI interface, in combination with the SN65HVD230 CAN transceiver.

The RS485 port is controlled via the RPi's UART using the SP3485 transceiver. The SP3485 is a low power half-duplex transceiver that meets the specifications of RS485 serial protocols.

The combination of CAN Bus and RS485 capabilities supports applications such as connecting a CAN Bus network with a Modbus device or a CAN-to-Modbus gateway. The RS485 port can also be used to monitor (listen-only) SAE J1708 data traffic and convert it to Controller Area Network.