Note: The “IP” in Ethernet/IP stands for “Industrial Protocol” and must not be confused with the “Internet Protocol” in TCP/IP.

While it may not be the optimum choice regarding hard real-time control, it is nevertheless the most influential player in the global market due to the “political” support by Rockwell Automation. The success of Ethernet/IP is also living proof that presenting a quick and working product can create market dominance over succeeding “perfect” solutions.

EtherNet/IP is predominantly established in the North-American market and is often used with Rockwell control systems.

It is built on the existing IEEE 802.3 physical and data link layers and TCP/IP/UDP, compatible with standard Internet protocols (e.g., HTTP, FTP, SNMP, and DHCP) and allows optimal interoperability with most information-level networks.

Meeting customer demands for the Ethernet technology plant of the future was a significant focus during the development of Ethernet/IP. It was designed to address enterprise communication, allowing the smooth integration of additional devices, including network traffic from other protocols and Web servers. 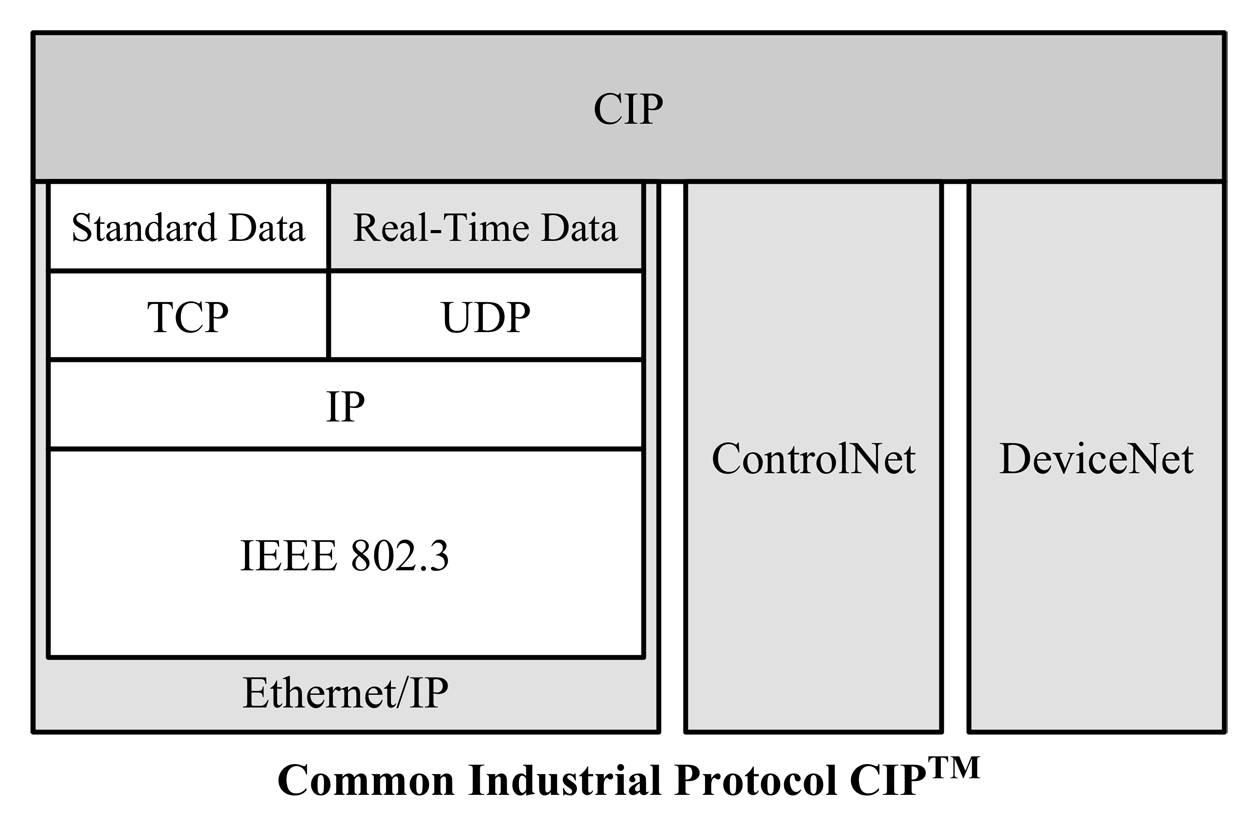 All protocol features relevant to supporting automation including real-time control are based on established and standardized components such as the Common Industrial Protocol (CIP)[1] and its extensions, such as CIP Sync for synchronization and CIP Motion to support distributed motion control applications. CIP Sync, in turn, is based on IEEE 1588 and its Precision Time Protocol (PTP).

CIP is a flexible and scalable automation protocol well suited for distributed systems with features such as object-orientation, electronic datasheets, and device profiles.