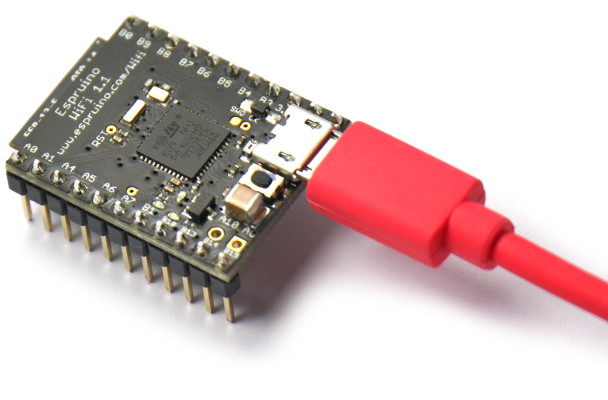 The Espruino is an open-source JavaScript interpreter for microcontrollers. It is designed for devices with small amounts of RAM (as low as 8kB). It was created by Gordon Williams in 2012 as an effort to make microcontroller development genuinely multiplatform.

Though initially not open-source, the Espruino firmware was offered as a free download for STM32 microcontrollers. It was made open-source in 2013 after a successful Kickstarter campaign for a development board running the software. Since the original Espruino board, there have been many new official development boards.

Espruino programs are written using JavaScript. The Espruino IDE is available as a web-based app, a Google Chrome App, and as a native Windows application. There are also alternative means of programming Espruino boards using different terminal programs.

Espruino has everything it needs on a single chip. This makes it affordable, reliable, and power efficient - allowing it to run for years on a battery. 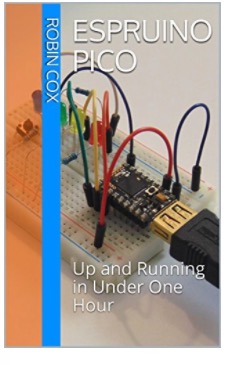 Espruino Pico: Up and Running in Under One Hour

Espruino Pico Up and Running in Under One Hour has been written to be a fast read, so that one may determine if the environment is age-appropriate and if the necessary skills are on hand before pushing ahead, spending a single penny.

The Espruino Pico is an easy-to-setup and easy-to-use device that is the heart of this introductory manual.

This primer is provided such that following some simple steps will have your Espruino Pico up and running in under an hour without the need to solder. You will be able to activate the on-board LEDs along with detecting an off-board button press and sequencing a blinking off-board discreet LED.

Peppered with over fifteen project view images and over twenty five web URLs, there is enough additional content that will assist in the successful completion of this endeavor.

Join us on this exciting journey into the world of IoT and possess your own Internet-Of-Things microcontroller in this new connected world.