This device is a remainder of an Electronic Logging Device (ELD) test project. The units were opened and tested but otherwise never used. We are selling under purchasing price.

Color: Unlike shown in the images above, our units are black.

The tablet Yuntab E706 is a low-cost Android computer. The specifications are adequate for simple IoT applications and prototyping that include 3G connectivity for data and voice.

Yuntab E706 utilizes an SoC Quad Core MTK8321 that integrates ARM Cortex-A7 processors and a Mali400mp GPU with 1GB of RAM and 8GB of storage memory. We also find onboard WiFi b / g / n, Bluetooth 4.0, GPS, FM radio, a 2800 mAh battery and modem with connectivity for 2G / 3G networks. The screen is a 7 "IPS with a resolution of 1024 × 600 pixels and includes on its top a webcam with a microphone of 0.3MP that accompanies the back of 3MP. As for connectivity, there is a 3.5mm audio jack, microSD card reader, and a micro USB connector for data and charge. 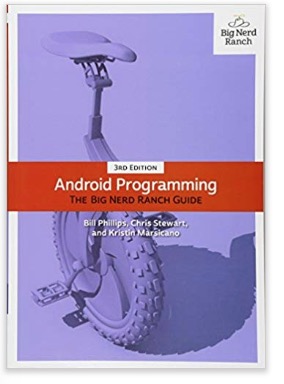 Based on Big Nerd Ranch’s popular Android boot camps, this guide will lead you through the wilderness using hands-on example apps combined with clear explanations of key concepts and APIs.

This book focuses on practical techniques for developing apps compatible with Android 4.4 (KitKat) through Android 7.0 (Nougat) and beyond.

Write and run code every step of the way, using Android Studio to create apps that integrate with other apps, download and display pictures from the web, play sounds, and more.

Each chapter and app has been designed and tested to provide the knowledge and experience you need to get started in Android development.