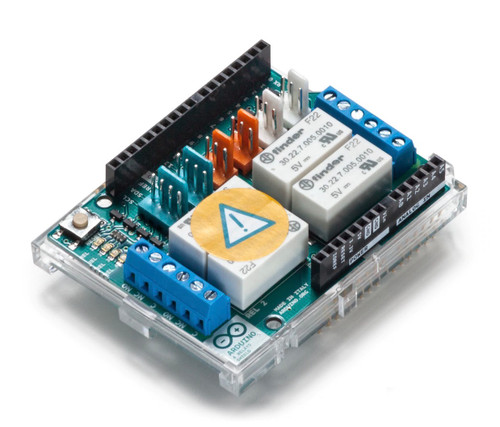 The Arduino 4 Relays Shield is a solution for driving high power loads that Arduino's digital IOs cannot control due to the current and voltage limits of the controller. The Shield features four relays, and each relay provides two pole changeover contacts (NO and NC). The two changeover contacts have been put in parallel to increase the current output limit. In addition, four LEDs indicate each relay's on/off state. 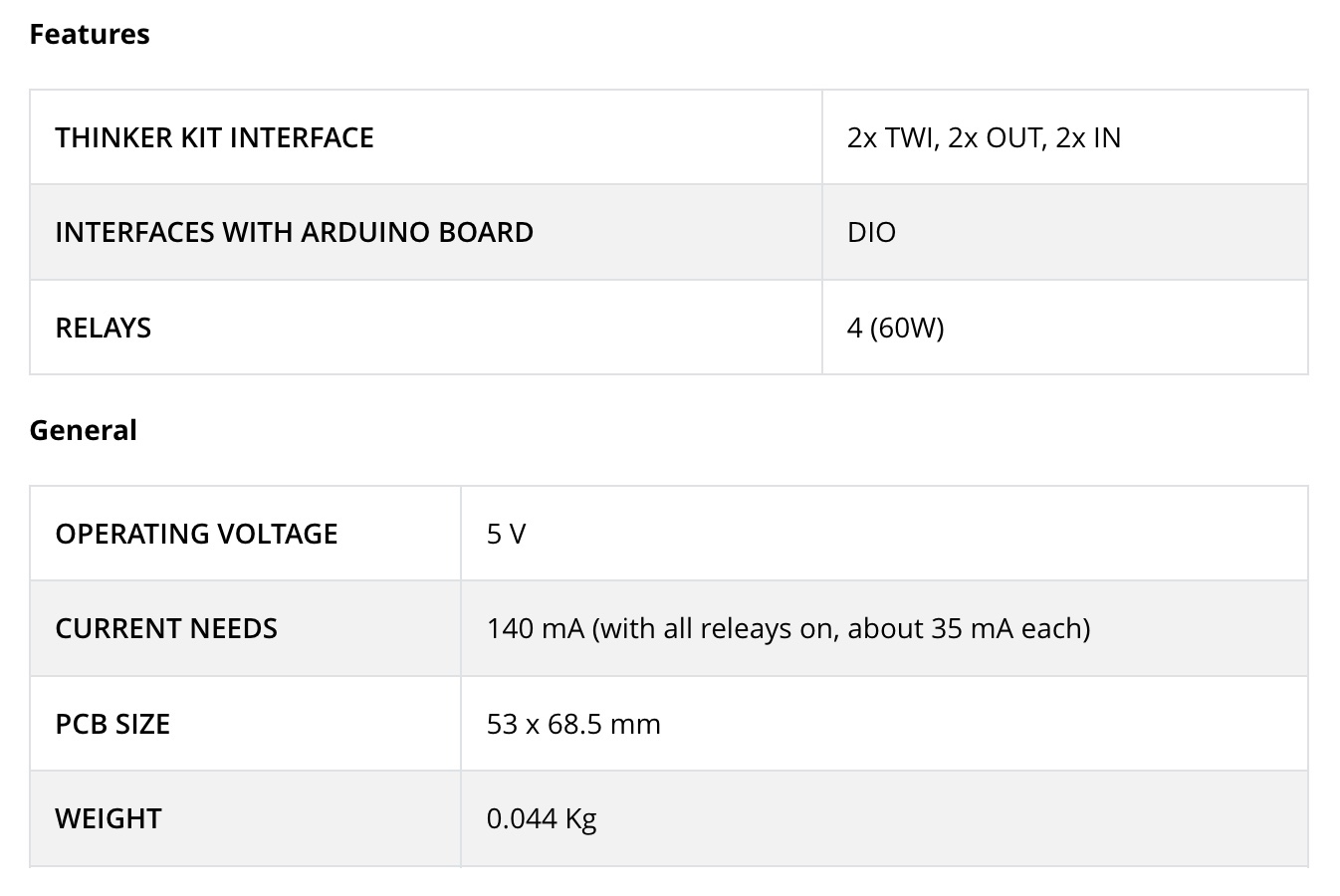 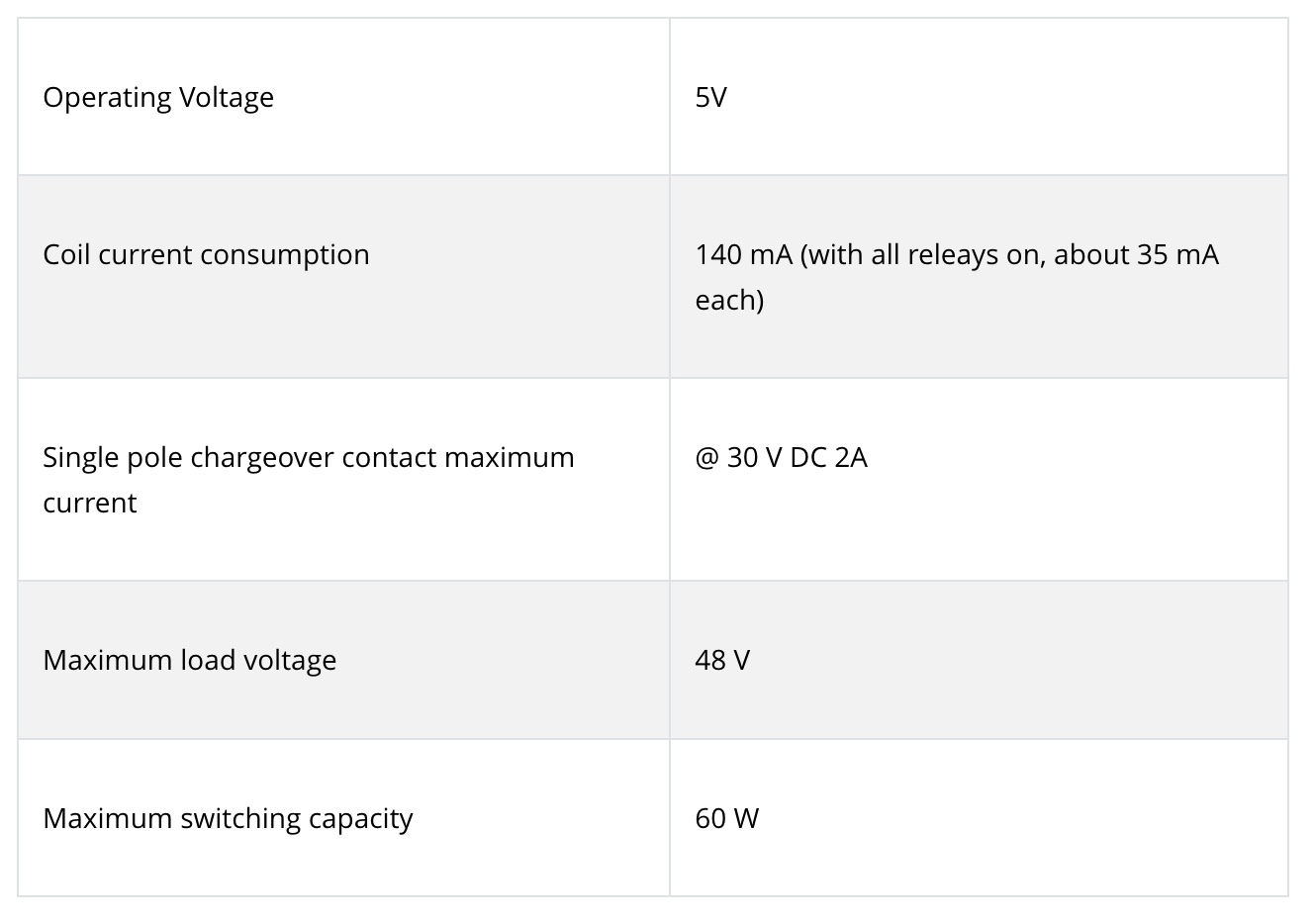 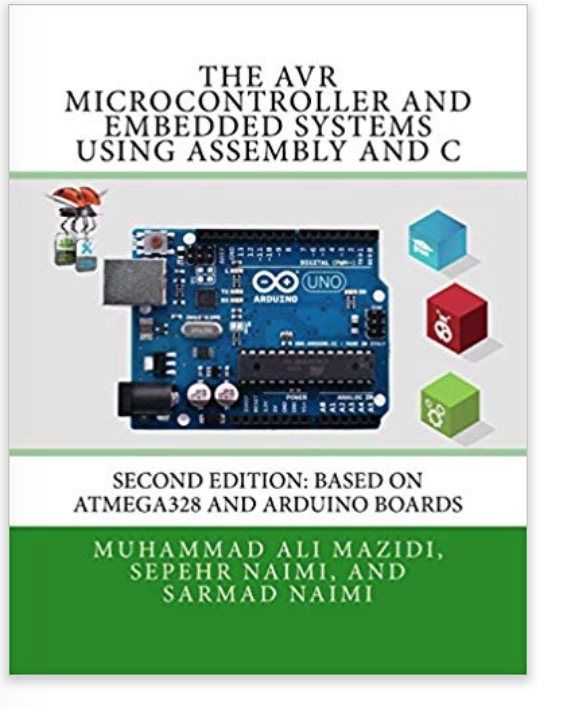 The AVR microcontroller from Atmel (now Microchip) is one of the most widely used 8-bit microcontrollers. Arduino Uno is based on AVR microcontroller. It is inexpensive and widely available around the world. This book combines the two. In this book, the authors use a step-by-step and systematic approach to show the programming of the AVR chip. Examples in both Assembly language and C show how to program many of the AVR features, such as timers, serial communication, ADC, SPI, I2C, and PWM.

The first edition of this book published by Pearson used ATmega32. It is still available for purchase from Amazon. This new edition is based on Atmega328 and the Arduino Uno board.