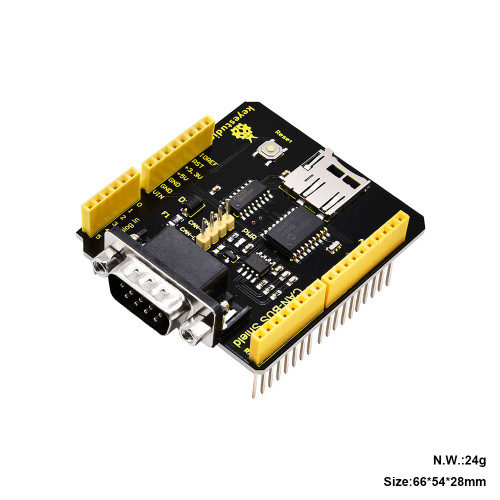 The CAN Bus is a popular industrial network technology due to its speed and remarkably high reliability. It is generally found on modern machine tools and as an automotive diagnostic bus. This CAN-Bus Shield utilizes the MCP2515 CAN Bus controller with SPI interface and the MCP2551 CAN transceiver to accommodate your Arduino board with CAN-Bus capability. With an OBD-II converter cable added on and the OBD-II library imported, you are ready to build an onboard diagnostic device or data logger

Microchip Technology’s MCP2515 is a stand-alone Controller Area Network (CAN Bus) controller that executes the CAN-Bus specification, Version 2.0B. It is capable of transmitting and receiving both standard and extended data and remote frames. The MCP2515 comes with two acceptance masks and six acceptance filters to filter out unwanted messages, thereby reducing the host MCU’s overhead. The MCP2515 interfaces with microcontrollers (MCUs) via an industry-standard Serial Peripheral Interface (SPI). 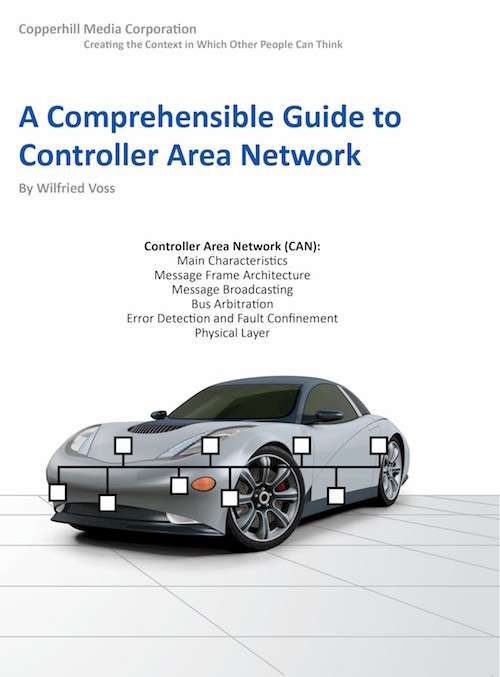 This book by Wilfried Voss represents the most thoroughly researched and most complete work on the CAN Bus available in the marketplace.

Controller Area Network (CAN) is a serial network technology that was originally designed for the automotive industry, especially for European cars, but has also become a popular bus in industrial automation as well as other applications.

The CAN Bus is primarily used in embedded systems, and as its name implies, is a network technology that provides fast communication among microcontrollers up to real-time requirements, eliminating the need for the much more expensive and complex technology of a Dual-Ported RAM.

This book provides complete information on all CAN Bus features and aspects combined with a high level of readability.